EU, US deal on passenger data, US can keep it for 15 years

The European Union reached an agreement with the United States Friday on the sharing of data on trans-Atlantic air passengers which Washington claims is needed to help "fight terrorism", diplomats said. 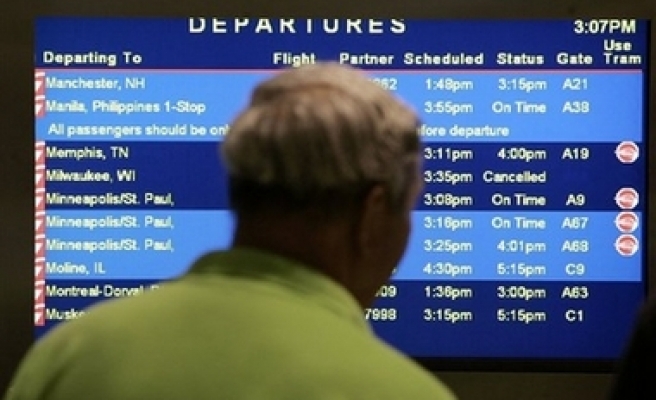 The European Union reached an agreement with the United States Friday on the sharing of data on trans-Atlantic air passengers which Washington claims is needed to help "fight terrorism", diplomats said.

Envoys from the EU's 27 nations reached a "basic political understanding" on the deal struck earlier by EU and U.S. negotiators, the diplomats said.

They said that the amount of data handed over would be reduced but U.S. authorities would be able to hold on to the information for longer.

Governments will attempt to formally endorse the deal later this summer after national parliaments study it, they said.

"We'll try to finish this by August. Some countries have reserved the right to study the ins and outs of the deal," an EU ambassador said on condition of anonymity because of the sensitivity of the issue.

The agreement is set to replace an interim deal which expires at the end of July. Failure to strike a deal by then risked flight chaos as Washington had warned that airlines failing to share passenger data under its anti-terror screening rules faced fines of up to $6,000 per passenger and the loss of landing rights.

Differences over how to balance security needs with concerns over passengers' privacy led to protracted negotiations after a 2004 deal on data sharing was voided by an EU court last year for technical reasons.

Under the deal struck by German Interior Minister Wolfgang Schaeuble, EU Justice Commission Franco Frattini and U.S. Homeland Security Secretary Michael Chertoff, the number of pieces of information transferred to U.S. authorities will be reduced from 34 to 19.

Data can be kept for up to 15 years, but after the first seven years data will become "dormant" and can only be accessed on a case-by-case basis under strict rules.

Particularly sensitive data — defined as anything that could betray passenger's race or religion, political views or sexual preferences — would automatically be filtered by the U.S. and deleted.

The only exception would be when the data in question "could save the life of the passenger or somebody else's," diplomats said. Last Mod: 29 Haziran 2007, 15:58
Add Comment