European negotiators reached a provisional deal with the United States on Wednesday, ending a year of wrangling over how to share information about trans-Atlantic air passengers that Washington claims is needed "to fight terrorism". 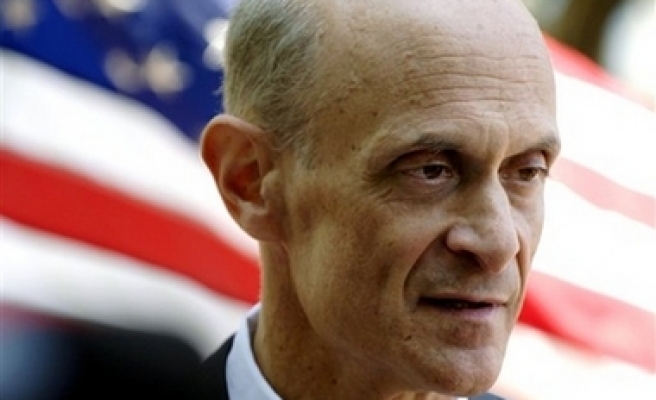 European negotiators reached a provisional deal with the United States on Wednesday, ending a year of wrangling over how to share information about trans-Atlantic air passengers that Washington claims is needed "to fight terrorism".

The tentative agreement will be put to envoys from all 27 European Union nations Friday for approval, said the diplomats, who spoke on condition of anonymity because the deal has not been finalized.

Differences over how to balance security needs with concerns over passengers' privacy had deadlocked negotiations since a 2004 deal on data sharing was voided by an EU court last year for technical reasons.

"We are encouraged by the progress and we look forward to finalizing these decisions shortly," said Laura Keehner, a spokeswoman for the U.S. Department of Homeland Security.

An interim accord expires at the end of July. The U.S. had warned that airlines failing to share passenger data under its anti-terror screening rules faced fines of up to $6,000 per passenger and the loss of landing rights.

Currently, a maximum of 34 pieces of recorded data — such as passenger names, addresses, seat numbers, and credit card and travel details — are transferred to U.S. authorities within 15 minutes of a flight's departure for the United States.

Details of the proposed deal were not immediately released. However, an EU document dated June 19 was posted recently on the Web site statewatch.org with details of a draft agreement reached between U.S. Homeland Security Secretary Michael Chertoff and German Interior Minister Wolfgang Schaeuble. An EU official, who also requested anonymity, confirmed the document's authenticity.

The officials said details of the provisional agreement that will be announced Friday were not substantially different from those outlined in the document posted online.

Officials said it would lead to a narrower range of data being handed over, but U.S. authorities would be able to hold on to the details for longer.

Germany has led the negotiations with the United States for the EU for the last six months because it holds the rotating EU presidency.

EU and U.S. negotiators held a videoconference Monday in an attempt to hammer out details of the agreement, and were linked again Wednesday.

The current agreement allows the U.S. Customs and Border Protection agency to disclose so-called Passenger Name Records to other U.S. law enforcement agencies for use in anti-terror investigations if those agencies have data protection standards comparable to the EU's legal demands.