EU, US urge immediate end to violence in S. Ossetia

The EU official said that the European Union was in contact with international partners including Russia, the United States, Georgia and the Organisation for Security and Cooperation in Europe. 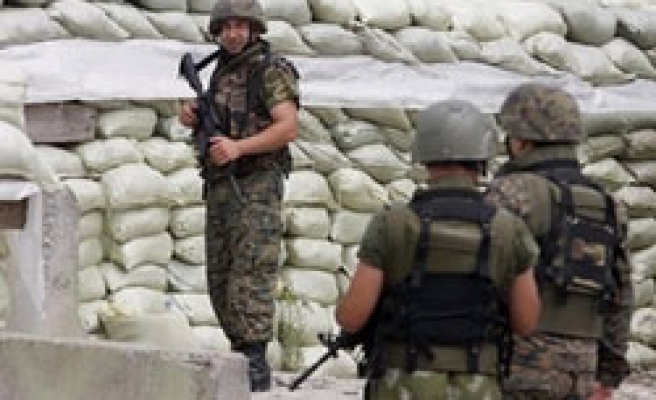 The European Union is very concerned by the fighting in South Ossetia and urges all parties to stop the violence, an EU official said on Friday.

"We are following this very closely, we are very concerned by how the situation is evolving," said the official, who asked not to be named. "We repeat our message to all parties to immediately stop the violence."

The European Union was in contact with international partners including Russia, the United States, Georgia and the Organisation for Security and Cooperation in Europe (OSCE), he said.

US also called for a halt to the bloodshed and for all sides to engage in direct negotiations to resolve the crisis over Georgia's South Ossetia region on Friday.

"All sides should bring an immediate end to the violence and engage in direct talks to resolve this matter peacefully," White House spokesman Gordon Johndroe said during a visit by U.S. President George W. Bush to the Beijing Olympics.

Fighting raged around the capital of Georgia's breakaway South Ossetia on Friday as Georgian troops and warplanes pounded separatist forces in a bid to re-take control of the territory.