Reconciling their faith with the dictates of fashion, style-conscious young Muslim women across Europe are leaving their mark on Europe's urban street culture and influencing mainstream fashion. 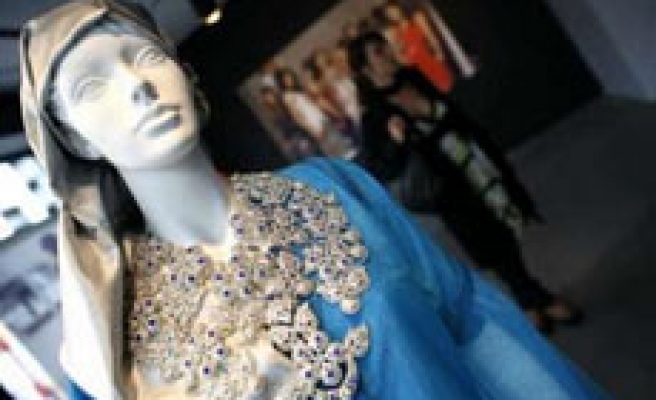 "H&M and all the French stores have taken our fashion," Mahika, a 24-year-old Muslim from Paris, told Reuters on Wednesday, April 25, referring to the famed Swedish clothing company Hennes & Mauritz.

In a country which fiercely upholds its secular identity and which banned hijab in schools, modest Muslim clothing does not have to be fashion-lacking.

"Popular styles this year have beadwork and the color is orange," said Ouslghozi Jkrom, displaying her store's array of bright colored dresses and hair veils.

A generation of young hijab-clad Muslims has influenced Europe's fashion industry as the runways now discover a trend of mixing long dresses with jeans, and layering sweaters and tops.

"It's not just Muslims who are buying our jeans now," said Susanna Cavalli, chief of product development for the Italian company Al Quds.

With a baggy cut and multiple pockets, the company's new line of jeans was mainly tailored to cater to Muslims who want to stay comfortable while praying.

But Cavalli says Al Quds jeans are becoming popular among non-Muslims too.

"It's a good fashion product, first of all. That means the spectrum of our audience is growing."

Daughters of migrants to Europe have brought their own culture to urban streets and swayed the mainstream fashion.

They say the trend has made their life in the West much easier as they do not have to struggle to get dressed properly.

"I find it very easy to dress. You find all kinds of things in town," said Bushra Sayed, a 20-year-old Muslim student who lives in Holland's Rotterdam.

"It is about combinations and it has got easier since you see the influence of our fashion in general fashion."

Wearing her dark brown hijab, blue shirt and knee-length skirt over jeans, she believes religion and fashion need to be mutually exclusive.

"I am a Muslim but I am also a person who is interested in fashion and I want to combine all these things."

She is always determined to incorporate brash modernity into her wardrobe while adhering to the tenets of her faith.

"For me it is important to cover my body, except the hands, feet and face. And within that I can wear whatever I want, but it should not be too tight and short.

"My mother, friends, and relatives are very enthusiastic and I did not have to fight at all for my own style."

Bushra is one of five women who put together MSLM, a new glossy fashion magazine for style-conscious young Muslims.

The women have also organized a fashion exhibition in Rotterdam alongside the magazine, displaying outfits made by Dutch designers with Islamic dress codes in mind.

One dummy in the exhibition wears a black halter-neck dress, while its back, arms and legs are concealed by a black-lace cat suit worn beneath.

"These girls can't live without Zara, H&M and Mango," said Natasa Heydra, a Rotterdam gallery curator who is among the editorial team of MSLM.

She added that injecting fashion into a traditional Muslim wardrobe does not have to be like walking a fine line.

"There is a basic set of rules and within these rules it is about choice and about modesty."