Europe security can not survive under US shield threat

Moscow says Iranian missiles to not have the range to threaten Europe and suspects the U.S. shield is in fact targeted at Russia. 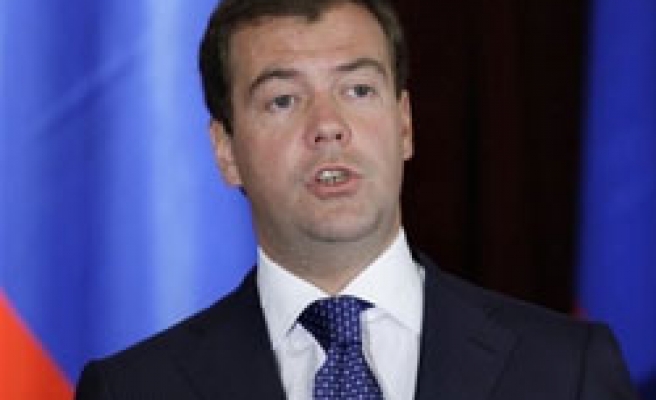 U.S. plans to deploy a missile shield in the Czech Republic and Poland are undermining security arrangements in Europe that have underpinned peace for decades, Russian President Dmitry Medvedev said on Tuesday.

In a toughly-worded speech to Russia's leading diplomats, Medvedev said the security framework could collapse because of the shield and problems with a conventional forces pact.

"This common (security) heritage cannot survive if one of the sides selectively destroys isolated elements of the strategic construction. This does not satisfy us," said Medvedev, a 42-year-old former lawyer.

"Deployment of elements of the U.S. global anti-missile system in eastern Europe only makes the situation worse. We will need to react to this adequately," he said.

Washington wants to deploy interceptor missiles and radar in Poland and the Czech Republic as part of a missile defence shield it says is needed to defend from attacks by what it calls rogue states, specifically Iran.

Moscow says Iranian missiles to not have the range to threaten Europe and suspects the U.S. shield is in fact targeted at Russia.

Russia has suspended its compliance with the Conventional Forces in Europe (CFE) treaty, which establishes limits on conventional forces between the Atlantic and the Ural mountains.

It says the treaty gives NATO armies free rein to move men and equipment up to Russia's borders while imposing unreasonable restrictions on Russian deployments.

"The crisis situation over ... the CFE treaty is also part of the problems with the European security architecture," Medvedev told the gathering of Russian ambassadors.

"We would not like to think that only its (the treaty's) final collapse would prove to everyone that the existing control regime is ineffective and unfair."