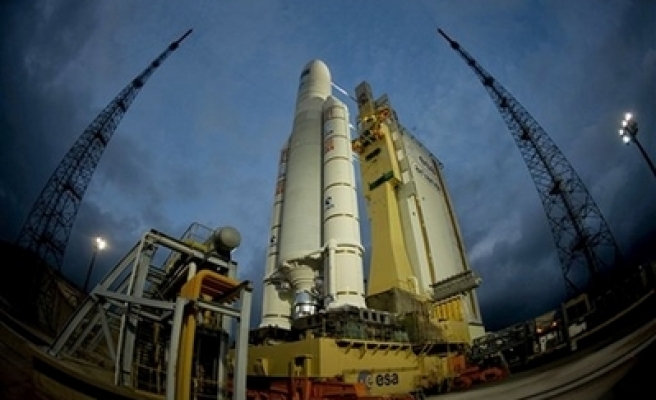 The modified Ariane-5 launcher lifted-off at 1:03 a.m. (0403 GMT) from Europe's spaceport in Kourou on the northeast coast of South America with a 20 metric tonne cargo module on the top of the rocket.

The module was carrying nine tonnes of freight.

This first module, dubbed 'Jules Verne' in honour of the visionary 19th century French science fiction writer, is the first Automatic Transfer Vehicle that Europe has committed to its participation in the ISS programme.

Jules Verne is scheduled to separate from the Ariane rocket at 0535 GMT and reignite its propulsion system 30 minutes later.

It will remain in a "parking orbit" and then is scheduled to dock with the ISS on April 3. The European Space Agency said it has so far spent nearly $2 billion on the ATV programme.