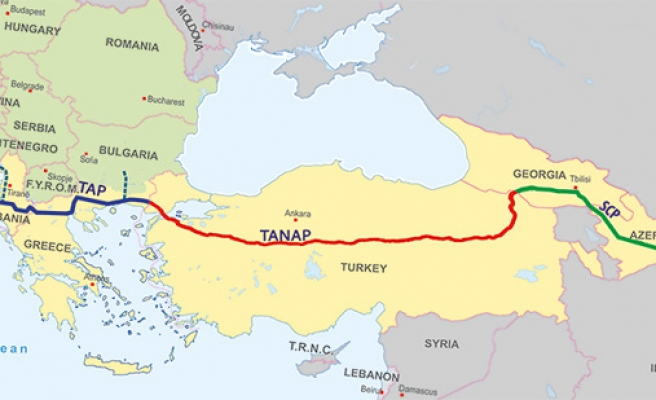 The European Commission will provide financial assistance to the Trans Anatolian Pipeline project (TANAP) company for its study and design of commercial operations and its asset integrity management systems, the company announced on Thursday.

TANAP said that the project has been in the PCI - Project of Common Interest list of the European Commission since 2013.

"This list is renewed every two years and if a project is listed, it can apply for financial assistance," a TANAP representative said.

The company said that this payment of €3.5 million will mark its fourth from the commission.

With this approval, the financial assistance TANAP gets from the commission will amount to around €10.2 million to date.

TANAP plans to be operational in 2018 with an initial capacity of 16 billion cubic meters (bcm) of Azerbaijani gas flow through Georgia to Turkey.

While 6 bcm will be designated for Turkey's domestic gas consumption, the remainder is destined for transfer to Greece, Albania, Italy and further into Europe.