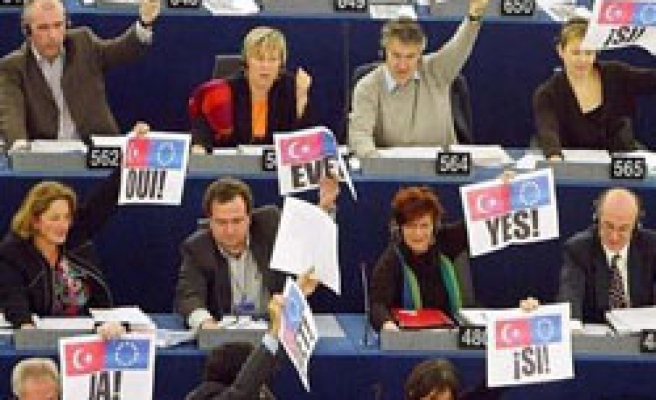 The draft report, which was prepared by the Dutch rapporteur Ria Oomen-Ruijten, will be put to final vote at a general assembly of the parliament in May, the Anatolian Agency reported.

The report, which was discussed in the committee's meeting in Brussels last month, urged the government to speed up EU reforms.

Parliamentarians proposed more than 250 amendments to the report before the voting at the committee.

One of the amendments says that the "European Parliament is gravely concerned about the implications of a possible ban of the governing Justice & Development Party (AKP)," and " it expects the Turkish Constitutional Court to act in accordance with the Venice Commission guidelines on the prohibition of political parties."

The report says the parliament "welcomes the commitment of Prime Minister Tayyip Erdogan that 2008 is going to be the year of reforms; urges the Turkish government to make use of its strong parliamentary majority to resolutely pursue reforms that are crucial for Turkey's transformation into a modern democratic and prosperous society.

Oomen-Ruijten's report also calls on the European Commission and the Turkish government to start negotiations on an EU-Turkey visa facilitation agreement.