European Union leaders are meeting the Russian president with relations in "crisis" according to Poland. 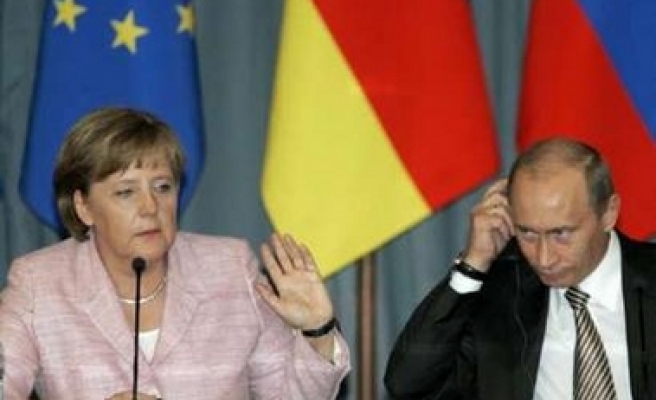 European Union leaders are meeting the Russian president with relations in "crisis" according to Poland.

Vladimir Putin is holding talks with Jose Manuel Barroso, the European Commission president, and Angela Merkel, the Chancellor of Germany which holds the rotating EU presidency, near Samara in southern Russia.

The summit is likely to end with talks on an EU-Russian partnership treaty still stalled because of a trade dispute with Poland.

Barroso urged Russia on Friday to lift a ban on Polish meat imports and voiced support for several members states which are engaged in disputes with the Kremlin.

"We believe there are no reasons for a ban against Polish meat. If there was a reason we would not allow Polish meat to circulate in the EU," Barroso told a news conference.

"The Polish problem is a European problem. The Lithuanian and Estonia problems are also EU problems. It is very important if you want to have close co-operation to understand that the EU is based on principles of solidarity," he said.

Dmitry Peskov, a Kremlin spokesman, said on Friday that Russia had already made concessions on the issue and was awaiting moves from Poland.

Putin hit back by accusing Estonia and Latvia of violating the rights of Russian speakers in the two Baltic nations.

"Violations of the rights of the Russian-speaking population" in the two countries are "unacceptable and unworthy of Europe," he said.

Moscow's relations with Estonia have deteriorated since the Baltic state moved a Soviet-era war memorial from the centre of its capital and continued after attacks on the country's websites.

The Kremlin has denied claims it was waging a "cyber-war" to disable Estonia's internet infrastructure.

The atmosphere at the talks was also soured when Russian opposition leaders, including former chess champion Garry Kasparov, were stopped from travelling to the region to hold a protest calling for democratic reforms.

"I'm concerned about some people getting problems in travelling here. I hope they will be given an opportunity to express their opinion," Merkel said.

One member of the The Other Russia coalition said he had been told the flight was overbooked while Interfax news agency quoted an unnamed transport police official as saying that the hold-up was caused by a discrepancy between the ticket and the passport of one of the leaders.

"Not one member of The Other Russia delegation... was allowed to board," Denis Bilunov, Kasparov's spokesman, told the AFP news agency.

Lev Ponomaryov, another opposition activist who was scheduled to have boarded the flight, said he suspected foul play.

"Uniformed men have taken our passports. They've taken 13 passports. I consider this is a criminal offence."