A group of European politicians and intellectuals sent a clear message condemning the Turkish military's intervention in the presidential election process. 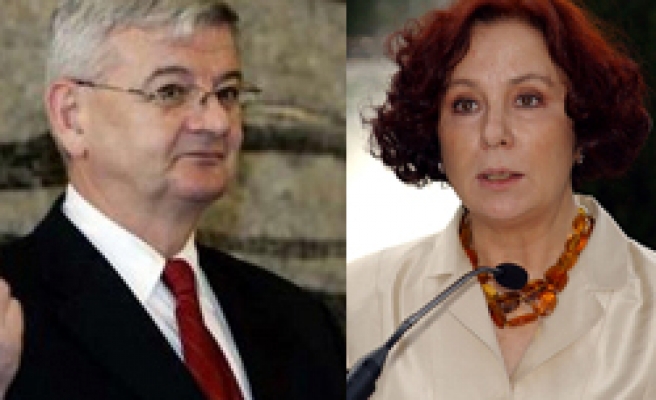 A group of European politicians and intellectuals sent a clear message condemning the Turkish military's intervention in the presidential election process, saying that the perceived threat in Turkey against secularism was "overstated."

"It is vital to send an unambiguous message to Turkish society. We strongly regret this intervention, which could harm Turkey's progress as well as its relations with the European Union," said the more than 30 signatories in a letter published on Thursday in the International Herald Tribune.

The military issued a midnight e-memo on April 27 expressing concern over debates on secularism in connection with the presidential election process and threatening intervention to restore secular order if such a need arises. The statement came hours after Foreign Minister Abdullah Gül, the sole candidate for the presidency, failed to get enough votes to be elected in the first round. The main opposition Republican People's Party (CHP) immediately applied to the Constitutional Court to get the election cancelled, saying there were not enough deputies in attendance. Thursday's letter noted that the military justified its statement by the need to defend "Turkish secularism" but added, "However, the threat to secularism has been overstated." Noting that Turkey has undertaken a number of important reforms in sectors ranging from women's rights to education providing legal protection for secular values, the letter read: "Turkish legislation has never been closer to European standards than today, and many of these changes have been brought about under the current government."

The reforms carried out by the Justice and Development Party (AK Party) government have brought Turkey closer to becoming a member of the EU. Dismissing fears that his presidency would be a blow to secular order, Gül has said the AK Party would have never pursued EU-oriented reforms if it had a secret Islamist agenda.

"We understand those who are concerned about the concentration of power, but this should not be taken as an excuse for the military to limit democratic government," the letter said, warning that the April 27 memorandum "throws Turkey's compliance [with EU criteria] into doubt." Last Mod: 18 Mayıs 2007, 10:59
Add Comment