EU's Barroso to urge to speed up reforms in Turkey

European Commission President Jose Manuel Barroso said on Wednesday he would urge Turkey to speed up reforms during his first official visit this week. 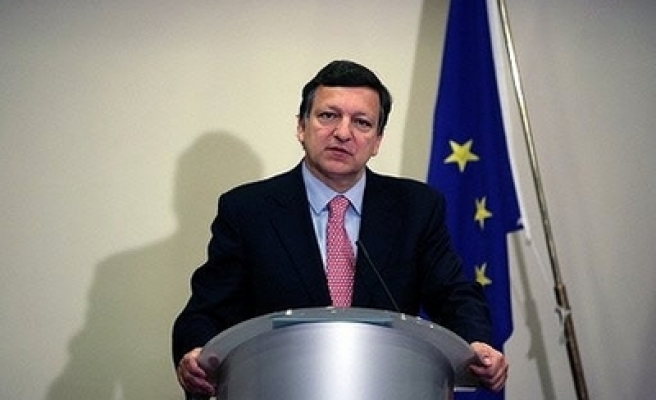 European Commission President Jose Manuel Barroso said on Wednesday he would urge Turkey to speed up reforms and show more interest in European Union membership during his first official visit this week.

"What is crucial here is that Turkey demonstrates to Europe its interest in the membership of Europe," Barroso told a news conference on the eve of his departure for Ankara.

"I am bringing him the message of encouraging reforms," he said of his meeting with Turkish Prime Minister Tayyip Erdogan.

Erdogan vowed on Tuesday to speed up political reforms required to join the 27-nation Union after stalling for more than a year amid opposition from nationalist parties.

Barroso repeated EU concern over an attempt by Turkey's chief prosecutor to shut down the ruling AK Party and bar the prime minister from politics for alleged Islamist activities.

"It is not normal that the party that was chosen by the majority of the Turkish people is now under this kind of investigation," he said. "Europe can accept only a democratic Turkey, a Turkey where there is consensus on democratic values."