Climate change is high on the agenda of the annual summit of the Group of Eight rich nations that starts on Monday at a luxury hotel on the lush northern Japanese island of Hokkaido. 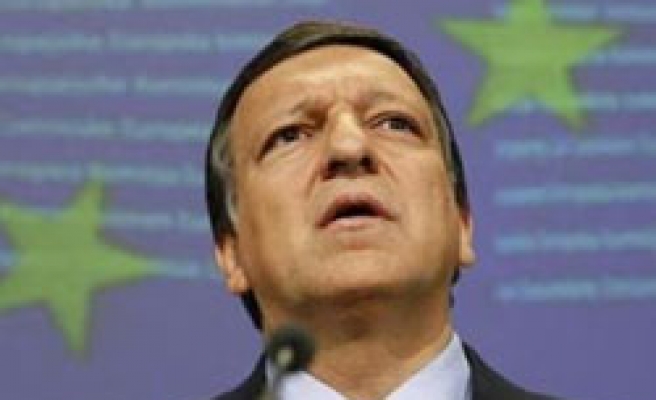 The head of the European Union's executive said on Sunday the United States and other rich nations might be ready to step up their pledges on cutting greenhouse gas emissions when leaders meet this week.

Climate change is high on the agenda of the annual summit of the Group of Eight rich nations that starts on Monday at a luxury hotel on the lush northern Japanese island of Hokkaido.

"We will be working for real commitments from this G8 Summit, not only reinforcing ones taken in (Germany) last year, but if possible, to go beyond that with a mid-term commitment," European Commission President Jose Manuel Barroso said.

The EU, which has agreed to cut emissions by at least 20 percent by 2020 compared with 1990 levels, wants big polluters to agree to halve emissions by 2050.

The EU also wants the G8 to take the harder step of setting shorter-term goals to make the process more credible.

"I believe the case is stronger than ever," Barroso told reporters, noting soaring energy prices that have led countries and companies around the world to look at ways to cut back on energy use. He also noted public support for climate change measures.

"I hope this G8 will not disappoint all those who are waiting for concrete results from this gathering -- mainly on climate change," Barroso said.

"I believe things are now on track for that."

Last year, G8 leaders limited themselves to saying they would "seriously consider" halving emissions by 2050, without giving a baseline year for cuts. But the United States is refusing to sign up to any firm targets unless developing economies such as China and India take steps too.

Leaders from several big developing nations will be discussing climate change with G8 leaders this week.