EU's new members to sign visa-free deals with US

EU's new members plan sign a deal which would eventually trade visa-free travel to the US for transmitting "passenger information" to US security services. 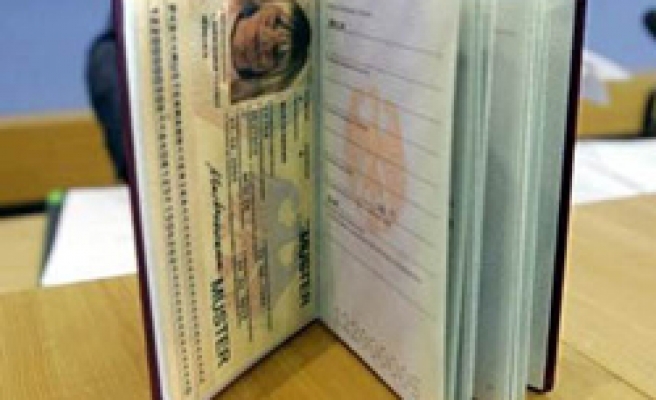 In a blow for European Union hopes to forge a common visa policy, Latvia and Estonia plan to follow the Czech Republic in signing a deal on visa-free travel to the US, a top Latvian official said Monday.

"It's a bilateral issue, and it should be solved bilaterally," Normans Penke, the top civil servant in Latvia's foreign ministry, said on the fringes of a Brussels meeting of EU foreign ministers.

Slovakia is also aiming for such a deal, which would eventually trade visa-free travel to the US for transmitting "passenger information" to US security services, Slovak Foreign Minister Jan Kubis said.

"We don't have a date but we would definitely like to continue with our bilateral negotiations... We might be following (the Czech Republic, Latvia and Estonia) very quickly with the conclusion of our negotiations and signing the memorandum," he said.

Both Latvia and Estonia are set to sign the non-binding memorandum of understanding in their national capitals on Wednesday morning, Penke said.

This would be the first step towards joining the US visa waiver programme. However, Latvian citizens would be unlikely to be able to travel visa-free to the US much before the end of the year, he said.

Slovenian Foreign Minister Dmitrij Rupel, who chaired Monday's meeting, reacted cautiously to the announcement, saying "our wish is that all citizens of the EU could travel anywhere without a visa, especially to the US."

He said he hoped EU and US officials could reach agreement on the visa issue at a meeting in Slovenia on Thursday.

"We are convinced that we will be able to reach an agreement and a compromise on this point," Rupel said.

Two weeks ago the Czech Republic became the first of the EU's new member states to sign a deal aimed at gaining visa-free travel to the US. The move was criticized in Brussels, where it was seen as infringing on the EU's competence.

But the two Baltic states and Slovakia all insist that their moves would not breach the EU's rules.