"Now it is time to get back to normal and re-energise the reforms with a broad consensus and based on dialogue with all sections of Turkish society," Rehn said. 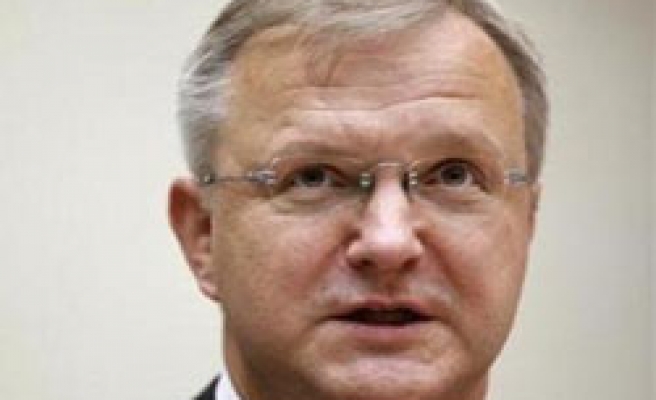 The European Union's enlargement chief urged Turkey on Wednesday to make up for wasted time by pressing ahead with reforms now that the country's highest court has decided not to ban the ruling party.

Olli Rehn told Reuters the court ruling, rejecting a state prosecutor's demand to shut down the AKP party for alleged anti-secular activities, "showed" the influence of European values in the candidate country.

"Despite everything, this is a good day for Turkey and for Europe," he said in a telephone interview after the constitutional court imposed only financial penalties on the party led by Prime Minister Tayyip Erdogan.

"There is a vast majority among the Turkish people who are in favour of European values. I'm sure this played a role, as stated by the president of the Turkish constitutional court," Rehn said.

He urged Erdogan's government to resume social and economic reforms with renewed vigour to meet EU standards after what he called "wasted time for reforms" due to political uncertainty in the last two years.

"Now it is time to get back to normal and re-energise the reforms with a broad consensus and based on dialogue with all sections of Turkish society," Rehn said.

Rehn drew criticism from some EU governments in private and from Turkish secularists in public earlier this year when he said the court case was hard to reconcile with European democratic standards.

In Europe, the proper balance between religion and secularism was determined by voters at the ballot box and in parliament, not in the courts, he said at the time. Friends of Turkey were concerned that a ban on a party re-elected last year with 47 percent of the vote would set back the country's EU membership bid and plunge it into political and economic instability. British Foreign Secretary David Miliband summed up the sense of relief in a statement saying: "Today's decision by the Constitutional Court in Turkey is a cause for celebration for Turkey's friends. The fact the Court chose not to close the AKP means Turkey can follow a more democratic and European path."