The military-backed government of Bangladesh has agreed a deal with Khaleda Zia, a former prime minister, to release one of her detained sons. 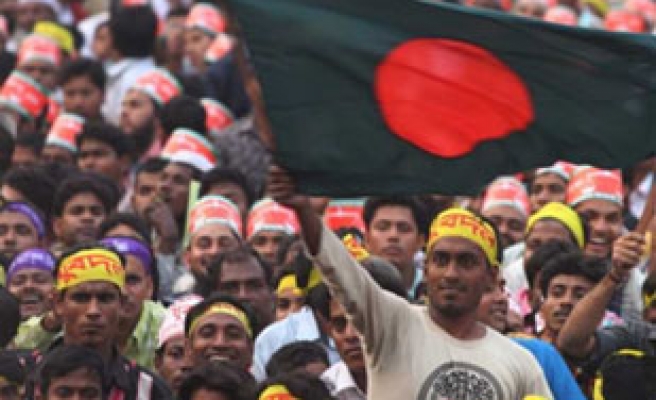 The military-backed government of Bangladesh has agreed a deal with Khaleda Zia, a former prime minister, to release one of her detained sons on condition she go into exile, according to local newspaper reports.

Newspapers reported on Tuesday that Arafat Rahman, Zia's younger son, was released as part of a "negotiated deal" with the government.

"Her younger son Arafat Rahman will be going with her and the elder son Tareque Rahman will join them later on," said the Daily Star, one of Bangladesh's English-language newspapers.

"She will be leaving the country for Saudi Arabia in a couple of days."

"Initially she will be leaving with a one-month visa to perform umrah [a minor pilgrimage to Mecca] and her permanent residence there will be finalised upon reaching the kingdom of Saudi Arabia," the paper said, quoting a senior government source.

Both of Zia's sons have been arrested since the interim government imposed a state of emergency on January 11 and began a crackdown on corruption.

More than 160 senior politicians have been arrested on charges of graft and abuse of power since the government imposed the state of emergency and postponed an election scheduled for January 22 in the wake of widespread violence between political factions.

Bangladeshi politics has been polarised for 10 years between Zia's Bangladesh Nationalist Party and Sheikh Hasina, the leader of the Awami League.

Hasina, who began a private visit to the US this month, has since been charged at home with murder and corruption.

In an interview in Washington on Monday, she said she would return to Bangladesh next week to fight what she called the false and fake charges against her.

Security forces dropped Arafat at Zia's home in Dhaka at early on Tuesday.