Sheikh Hasina, the former Bangladeshi prime minister facing charges of corruption and murder, returned to Dhaka after the military-backed government lifted a ban on her entry. 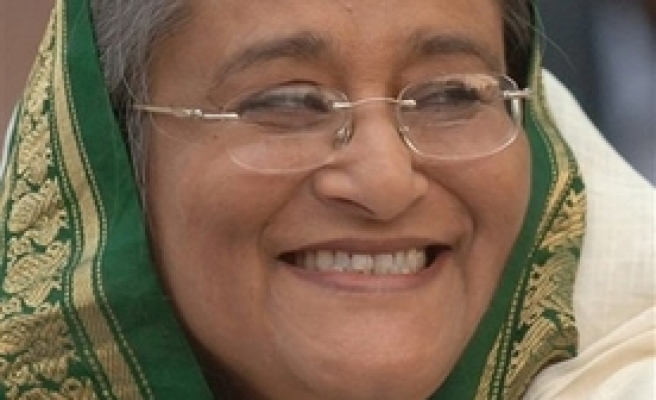 Sheikh Hasina, the former Bangladeshi prime minister facing charges of corruption and murder, returned to Dhaka after the military-backed government lifted a ban on her entry.

Hasina said at the Zia International Airport after arriving from London: "It's my country, it's my home. I'm so excited to be able to return to my country."

The government lifted the ban on April 25, seven days after barring her from the country.

Asked if she feared arrest, Hasina said the authorities "made a mistake in imposing the ban on my return. I don't think they are going to repeat that mistake."

Hasina's aides greeted her at the airport with flowers. Dozens of other supporters gathered outside the tightly guarded airport to cheer her.

She was scheduled to drive from the airport to her residence in central Dhaka.

The authorities had accused Hasina of making "inflammatory statements" about the country's interim government while abroad, and warned that her return might create further confusion and incite divisions among the public.

Hasina, who was prime minister between 1996 and 2001, was charged with abetting murder on April 11 while she was in the US on a personal visit.

The murder charge involves the deaths of four protesters during a riot in October at one of a series of demonstrations by her Awami League party.

Protesters accused then-prime minister Khaleda Zia's government of influencing the committee that was supposed to oversee January elections and of rigging electoral rolls.

At least 34 people died in weeks of protests. Hasina and her Awami League have dismissed the charges as "farcical," and Hasina has said she would face the charges in court.

A bitter feud between the two major political camps ahead of the led to the deadly street protests, which led the interim government to cancel the polls and declare a state of emergency.

No new election date has been announced, but Fakhruddin Ahmed, head of the interim government, recently said he hoped polls would be held before the end of 2008. Last Mod: 07 Mayıs 2007, 16:16
Add Comment