The ex-chief of the Central Intelligence Agency (CIA), George Tenet, has assailed in a new book the Bush administration for not being serious about finding a peaceful solution to the 2003 face-off with the Iraqi regime, particularly slamming Vice Presiden 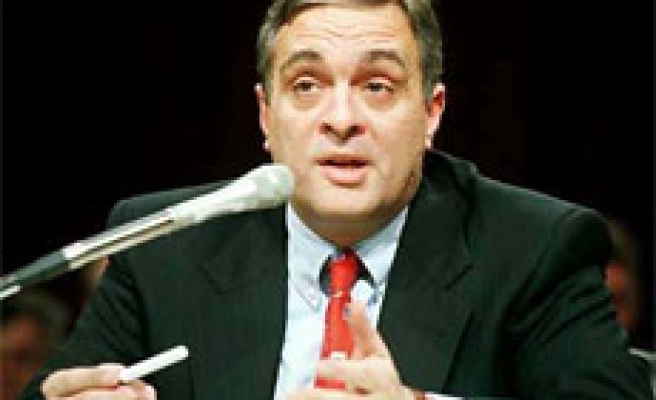 The ex-chief of the Central Intelligence Agency (CIA), George Tenet, has assailed in a new book the Bush administration for not being serious about finding a peaceful solution to the 2003 face-off with the Iraqi regime, particularly slamming Vice President Dick Cheney for taking his "slam dunk" remark out of context to justify the war and later blame him for faulty intelligence, The New York Times reported on Friday, April 27.

"There was never a serious debate that I know of within the administration about the imminence of the Iraqi threat," Tenet writes in his new book "At the Center of the Storm" to be published on Monday, April 30.

Nor, Tenet adds, "was there ever a significant discussion" about the possibility of containing Iraq without an invasion," singling for criticism a handful of Pentagon hawks at the time including Paul Wolfowitz and Douglas J. Feith for criticism.

The administration claimed in the run-up to the war that Baghdad had extensive stockpiles of chemical and biological weapons and was working clandestinely to build a nuclear arsenal.

Without a UN authorization, the US invaded Iraq on claims of stockpiling weapons of mass destruction, a claim that later turned out to be false.

Four years since the US invasion-turned-occupation, Iraq is gripped by a bloody cycle of sectarian violence that claims the lives of a hundred people on a daily basis.

In the book, Tenet also lashes out at Cheney and others for citing his use of the basketball term "slam dunk" to describe the intelligence used to justify the invasion of Iraq.

Tenet says he did use the phrase in a White House discussion ahead of the war, but only about how to make the case to the US people about the need to send US troops to Iraq.

However, he said, administration officials told writer Bob Woodward that he said "It's a slam-dunk case" for the CIA's evidence that Hussein had stockpiled WMD.

After Woodward wrote that in his 2004 book "Plan of Attack," the blame for the failure of intelligence ahead of the war was directed straight at Tenet, with Cheney repeatedly citing Tenet's phrase in interviews and speeches.

"Rather than acknowledge responsibility, the administration's message was: Don't blame us. George Tenet got us into this mess," Tenet writes.

"I remember watching and thinking, ‘As if you needed me to say ‘slam dunk’ to convince you to go to war with Iraq,’ " Tenet writes.

The ex-CIA chief also cites tensions between him and Condoleezza Rice, then national security adviser, and her deputy Stephen Hadley over how the wrong claim that Iraq was seeking uranium from Niger came to Bush's State of the Union address in 2003.

The White House had embraced a British report that Iraq had purchased 500 tons of uranium from the African nation allegedly to restart its nuclear weapons program, in what was known as the "yellowcake case."

Special CIA envoy Joseph Wilson, who made a secret trip to Niger in late 2002 to verify the report, dismissed it as unfounded.

Tyler Drumheller, a former senior CIA agent, said last year that Tenet had notified Bush and Cheney before the war that he had reliable information the government of Saddam Hussein had no weapons of mass destruction.

He said the tips were dismissed by senior administration officials who told Tenet they were "no longer interested" in intelligence and that the policy toward Iraq had been already set.