Izzat Ibrahim al-Douri, an Iraqi vice president under Saddam Hussein, has been arrested in the northern province of Salaheddin, the Dubai-based al-Arabiya broadcaster reported Wednesday. 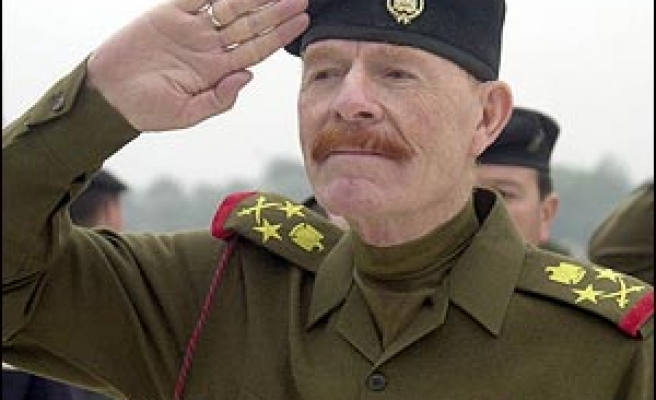 A spokesman for Iraqi security forces in Baghdad, Qassem Atta, would not confirm or deny the report when asked. Officers of the Iraqi Army and police officials in Salaheddin denied the report.

"There were no military operations at all, either in Tikrit or the Hamrein Mountains," provincial Governor Hamad Hammud said.

The US military in Baghdad was unable to confirm the report.

"We are aware of media reports that Izzat Ibrahim ad-Douri has been captured," a statement said. "At this point, we can say that he is not in coalition custody, and we have no reports that he was captured by Iraqi security forces, either."

Al-Arabiya had reported that al-Douri had been taken to Baghdad for tests to verify his identity.

Al-Douri became the most-wanted former regime figure in Iraq after Saddam's capture in late 2003 and is believed to have played a decisive role in financing attacks by the Iraqi insurgency.

He was reported several times to have narrowly evaded capture by US forces, and were several Arab media reports during the first two years following Saddam's capture that al-Douri had been detained.

Al-Douri has been the sole member of the former leadership headed by Saddam who had remained at large, and was reported to have organized an alliance between Baathist insurgents and Islamist fighters.