Charles Taylor, the former Liberian president, has gone on trial in The Hague, accused of arming a rebel group in neighbouring Sierra Leone that killed, raped and maimed thousands. 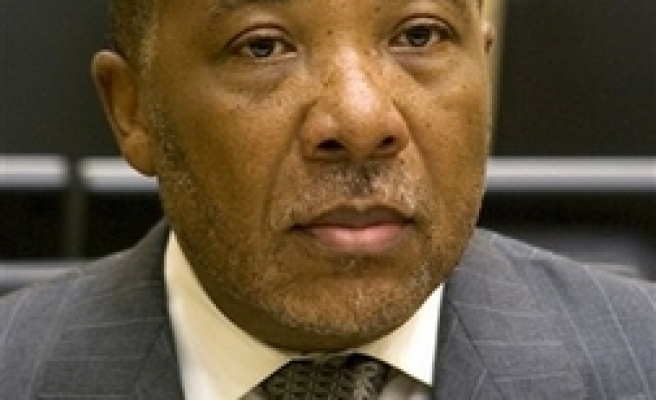 Charles Taylor, the former Liberian president, has gone on trial in The Hague, accused of arming a rebel group in neighbouring Sierra Leone that killed, raped and maimed thousands.

The trial began on Monday, in front of a special chamber of the UN-backed Special Court for Sierra Leone.

Taylor, the first African head of state to go on trial for war crimes before an international tribunal, has denied all of the 11 charges of war crimes and crimes against humanity.

Taylor's hearing was moved from Freetown, Liberia's capital, to The Hague for security reasons.

Taylor, 59, is seen as the most powerful figure in the conflicts in Sierra Leone and in his own country between 1989 and 2003, but the trial will not cover the wars in Liberia.

Prosecutors allege that he waged "a campaign of terror against the civilian population of Sierra Leone" by arming and training Sierra Leone's Revolutionary United Front (RUF), which murdered and mutilated civilians, raped women and recruited child soldiers.

Taylor is alleged to have been responsible for many of the mutilations, in exchange for still-unknown amounts of so-called blood diamonds.

The decade-long civil war in Sierra Leone left at least 60,000 people dead and thousands mutilated with limbs, ears or noses cut off.

If convicted, the statute of the Sierra Leone tribunal states that Taylor must be sentenced to "imprisonment for a specified number of years" without giving a maximum, meaning he could go to prison for life.

Under the deal to relocate the trial to the Netherlands, it was agreed that if convicted, he would serve his sentence in a British prison.

Taylor follows in the footsteps of former Yugoslav president Slobodan Milosevic, who was the first ever head of state to go on trial for war crimes before an international court.

Milosevic died on March 11, 2006 in the same prison in The Hague where Taylor is now being held, while his trial was still under way before the UN court for the former Yugoslavia.

In the run-up to the trial, Taylor's defence lawyer Karim Khan repeatedly complained that he did not have enough time or resources to properly prepare for the trial.

He also protested against the change of venue, saying it affected the former president's right to a fair trial.