Former President Demirel acted as a mentor for army generals now accused of carrying out preparations for an overthrow of the AK Party government, a newsweekly reported. 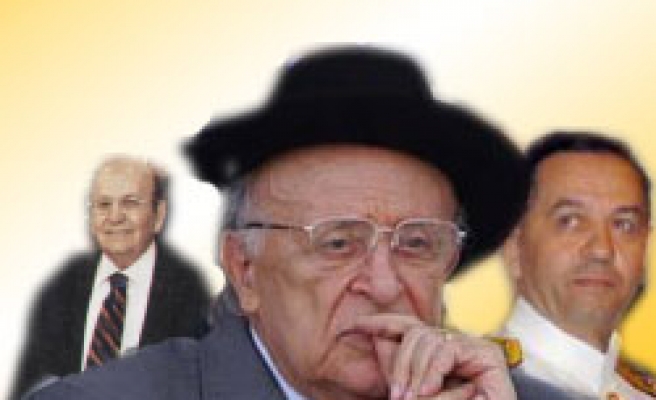 Former President Süleyman Demirel acted as a mentor for army generals now accused of carrying out preparations for an overthrow of the Justice and Development Party (AK Party) government, a newsweekly reported yesterday.

The Yeni Aktüel newsweekly yesterday published another part of a diary allegedly written by a former naval commander, retired Adm. Özden Örnek, detailing plans of senior generals in office in 2004 to stage a coup against the government. According to the newsweekly, Demirel advised pro-coup army generals on what they needed to do to stage a successful military coup against the AK Party government.

Örnek allegedly noted in his diary that on various occasions Demirel told certain army generals to have strong and friendly ties with press organs as a military coup lacking the support of the media would not be successful.

"Mustafa Özkan [a journalist and businessman known to be close to Demirel] met with Demirel before he came to visit us and brought us some messages from him. Demirel said the country was rapidly heading toward a disaster and that immediate measures needed to be taken to prevent this dangerous activity. He also stressed that a military coup without the support of the public and the media wouldn't be successful, and that we needed to have close ties with press organs," read the diary.

The diary also detailed a conversation with Özkan about what could be done to gain the support of the media: "We discussed how we could improve our ties with press organs. He told me this would be difficult as all press organs are dependent on the government for their commercial activities. He said it wouldn't be easy to persuade them to publish articles against the government. We focused primarily on ways to promote relations with Aydın Doğan [head of the Doğan media group] as he was considered the boss of the media. Özkan said he would try to persuade heads of press organs, saying the country was in a difficult situation and that it would soon be too late if the necessary measures weren't taken."

The diary described Demirel's reaction to the release of an e-memorandum on the General Staff's Web site on April 27, 20007 warning the government about upcoming presidential elections: "Demirel said the generals made a mistake releasing that e-memorandum and lost the 50-year-old friendship of the United States. He noted that the Turkish army had lost the support of the Pentagon, adding that these guys [the government] started to get what they wanted after gaining the support of the US and the European Union. According to Demirel, the army cannot do anything without the support of universities, the press and the public. He said, though difficult, we should improve our relations with them [universities, the press and the public] and strengthen ties with the US."

Örnek allegedly summarized his evaluation of the country's situation in his diary by saying: "It was rather difficult to gain the support of the press, but we were obliged to try. The fact that the country was heading for an unfavorable future was observed not only by us but also by a number of important figures, including Demirel. We needed to jump into action to urge university students to take to the streets to protest against the current leadership of the country."