Some of Russia's closest allies in the former Soviet bloc have distanced themselves from Moscow over its conflict with Georgia, heralding a possible rift with the Kremlin. 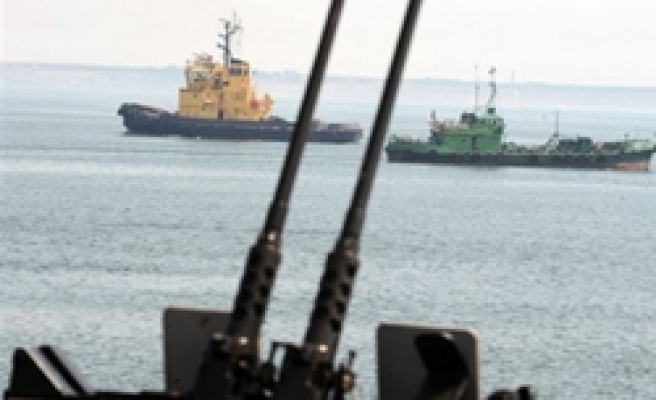 Belarus, Kazakhstan and others in the Commonwealth of Independent States remained silent for days after the fighting erupted last week as they scrambled to formulate positions.

As Russia grew uneasy over the silence, its ambassador to Belarus chided Minsk for failing to offer open support. Belarus eventually offered condolences for the victims almost a week into the conflict but kept it statements neutral.

Georgia then announced it was pulling out of the CIS -- a Russian-led grouping of former Soviet states -- and urged others to follow suit.

Kazakh President Nursultan Nazarbayev, who has skilfully balanced strong ties with both Russia and the United States, broke the silence on Wednesday, offering unusually strong words and saying CIS unity was under threat.

"Complex inter-ethnic issues should be solved through peaceful means, through negotiations. There is no military solution to these issues," he said in a statement.

"Unfortunately, due to actions by some CIS states, our community has become weak and has no levers to intervene in such conflicts."

Russia-friendly Turkmenistan, courted by the West as a new source of energy for Europe, likewise said "conflicts must be solved only through peaceful, diplomatic efforts".

The United States said this week that Russia, its ties with the West already strained over a number of issues, risked deeper isolation because of the violence in Georgia.

The conflict over South Ossetia has already given rise to further disagreement between Russia and Ukraine, which has sharply criticised Moscow's military incursion.

In a gesture of support, Ukrainian leader Victor Yushchenko, along with the leaders of Estonia, Latvia and Lithuania, and Poland attended a mass rally in Tbilisi this week.

Russia's traditional allies were more restrained and some, like Uzbekistan, have preferred to stay out by saying nothing.

Azerbaijan, keen to regain control over its own region of occupied Nagorno-Karabakh, avoided sharp words and called for peace.

"We support the territorial integrity of Georgia and support efforts to avoid the escalation (of violence) in the region and restore peace," a foreign ministry spokesman said.

Independent Azeri media, however, have criticised the government over its ambiguous position. The widely read Zerkalo newspaper described Russia's actions as "fascism".

Commentators in Russia said Moscow was caught off guard by this reaction from its ex-Soviet neighbours.

"Everyone in Moscow thought: 'We are in the right and the enemy will be destroyed', but in Minsk and other CIS capitals everyone was in disarray," Nezavisimaya Gazeta daily wrote.

"This has totally paralysed the CIS leaders including Belarus. Moscow did not expect this from its closest ally."