More than 18 thousand people visited the exhibition "Letters in Gold: Ottoman Calligraphy from the Sakip Sabanci Collection" in Madrid, Spain, in the last three months. 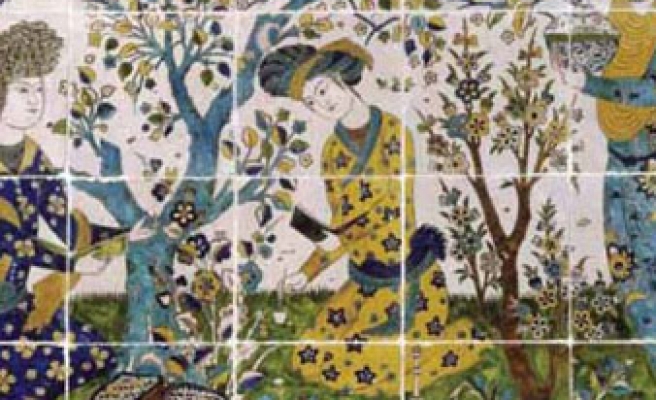 Turkey's rich cultural heritage depicting the history of humankind is being exhibited in different countries such as Spain, Sweden, Britain, Germany, Qatar and the United States.

An exhibition to be opened in the Museum of Art and Cultural History in Dortmund, Germany, on August 17th will reflect another aspect of Turkish-German cultural relations beginning with migration of Turkish workers in 1960s.

The exhibition "Evet-Ja, Ich Will! Wedding Rituals and Trends from 1800 to Present" will display the affinities in Turkish and German nuptial ceremonies. The exhibition will recall long forgotten traditions and give nostalgic ideas to young couples.

The exhibition consisting of 272 pieces of works of art from the Ethnography Museum of Ankara, Istanbul's Museum of Turkish and Islamic Art, the Topkapi Palace and private collections, will remain open till January 25th, 2009.

Anatolian works of art in USA

The Metropolitan Museum of Art in New York, the United States, will begin displaying the samples of Anatolia's historical heritage beginning from November 17th.

The exhibition "Beyond Babel: Art, Trade and Diplomacy in the Second Millennium B.C." will be composed of 122 pieces gathered from Ankara's Museum of Anatolian Civilizations as well as archeological museums in Corum, Istanbul, Kayseri, Konya and Bodrum.

The exhibition depicting art, commercial life and diplomatic relations among nations in Anatolia in the second millennium B.C. will be open till March 15th, 2009.

"Beyond borders" exhibition in Qatar

The exhibition "Beyond Borders" will be opened in the Museum of Islamic Arts in Doha, Qatar, on November 22nd with the participation of a number of heads of state and government.

The exhibition "Hadrian: Empire and Conflict" which was opened in the British Museum in London on July 24th, has drawn attention of a number of visitors. The exhibition includes two works of art unearthed in the ancient city of Sagalassos in southern Turkey in 2007.

The Museum of Mediterranean in Swedish capital city of Stockholm host the exhibition "Blue and White Porcelain from the Topkapi Palace and Istanbul's Museum of Turkish and Islamic Art". 25 splendid pieces of the rare blue and white porcelain and celadon from the 14th and early 15th centuries, are on display at the museum. The first porcelain to come to Europe is also exhibited in the museum. The Ottoman sultans introduced Chinese porcelain to Europe and were the first to use it for ceremonial festivities.