The number two leader of the Palestinian Hamas movement said Wednesday in the Syrian capital Damascus that his group does not oppose the formation of a technocrat government. 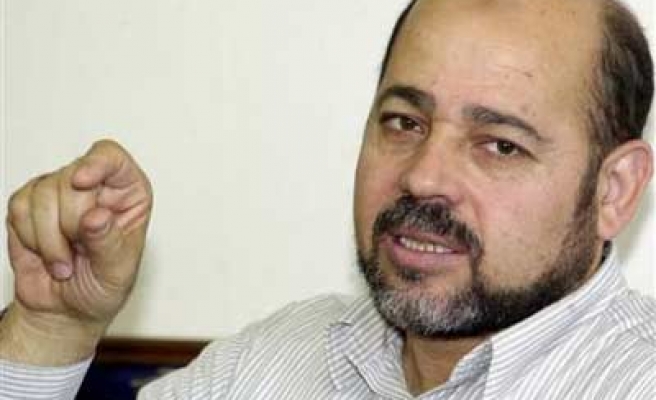 The number two leader of the Palestinian Hamas movement said Wednesday in the Syrian capital Damascus that his group does not oppose the formation of a technocrat government.

'All eventualities are open now. We can reach a consensus on a government, a technocrat government, that includes neither Fatah nor Hamas,' Moussa Abu Marzouk, deputy head of Hamas' political bureau, told Deutsche Presse-Agentur dpa by telephone.

Palestinian President Mahmoud Abbas dissolved the unity government of his Fatah movement and rival Hamas after Hamas overran the Gaza Strip last Thursday. Abbas set up an emergency government that has the wide support of the West.

Abu Marzouk said that according to the constitution, Abbas had no authority to form an emergency government.

'Abbas has the right to dissolve the government, which would be the acting government for no more than one month, after which a new government should be formed and presented to the legislative council.

'The government could not work without a Palestinian consensus, especially between Fatah and Hamas,' Abu Marzouk said.

Abu Marzouk complained that current measures by Abbas to move all ministries to the West Bank was 'a plot ... to separate Gaza from the West Bank.'

He said Hamas had agreed on the mediation of the Arab League 'and welcomes any Arab initiative.'

On the news that international aid to Gaza had been cut, Abu Marzouk said, 'That's not new, and Hamas will stand alongside its people at delicate times.'

Abu Marzouk dismissed as baseless Israeli reports that Hamas' leaders might be moved from Damascus to Gaza in order to pave the way for the resumption of peace talks between Syria and Israel. Last Mod: 20 Haziran 2007, 13:58
Add Comment