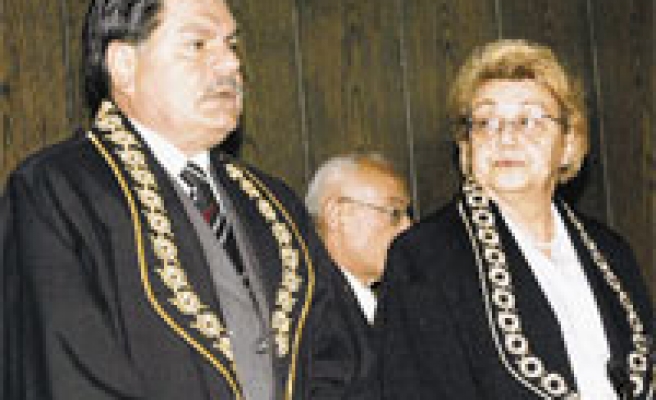 The Constitutional Court's decision is crucial for the future of Prime Minister Recep Tayyip Erdogan's Islamic-rooted government, which is at odds with the country's secular establishment over fears it might be trying raise the profile of Islam in public life.

Hikmet Tulen, an expert assigned by the court to evaluate the appeal, recommended that the court reject it, the daily Milliyet newspaper reported. Court officials would not confirm or deny the report. The court was expected to announce its verdict later Tuesday or early Wednesday.

The opposition Republican People's Party, which boycotted parliament's first round of voting for president on Friday, wants the election canceled, arguing that there were not enough lawmakers present to establish a quorum.

The candidacy of Gul, a close ally of Erdogan, has triggered an outcry from secular groups who think he would use the office — a post with veto power over legislation — to chip away at the separation of state and religion.

Both Gul and Erdogan have pledged loyalty to Turkey's secular constitution, and cite their record as reformists.

If the appeal is rejected, parliament will hold a second round of voting.

If the court accepts the argument of the main opposition party that the participation of two-thirds of the lawmakers was necessary to hold a vote in Friday's first round, then the election could be canceled and early general elections could be declared within three months.

Erdogan's government faced a stern warning from the powerful military, which accused the government of tolerating or encouraging radical Islamic circles.

At least 700,000 protesters marched in Istanbul on Sunday to demand the resignation of the government.

Erdogan appealed for calm Monday in a national address, saying that Turkey must ensure its stability to safeguard its economic recovery.