Hassan Fae'ek, a 43-year-old shop-owner in Baghdad says he would not stop selling food past its sell-by date because there was demand for it. The violence meant he had trouble buying new products in any case, he said. 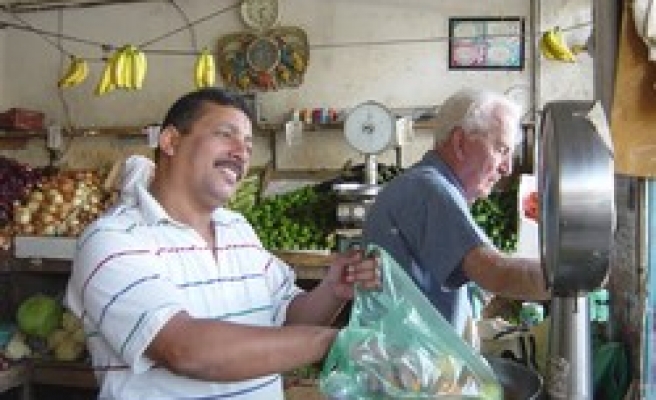 Hassan Fae’ek, a 43-year-old shop-owner in Baghdad’s Sadr City District, told IRIN he would not stop selling food past its sell-by date because there was demand for it. The violence meant he had trouble buying new products in any case, he said.

“If the food is well packed, even if it has expired, people can consume it without being worried. Of course, what I sell is cheaper and people like that,” Fae’ek said.

“When they buy I make them aware that I don’t take any responsibility for the quality or any effects caused,” he added.

Health officials are concerned by the increasing number of expired foods and medicines.

“Doctors have raised serious concerns about the increasing number of people who get food-poisoning as a result of consuming such products,” said Mustafa Muhammad, a senior official in the Ministry of Health.

Another Sadr City shop-owner said he changed the expiry dates to shift the goods:

“I make up a new expiry date. People say that most of the products can be consumed after the expiry date for at least one year so I don’t see why I should throw away such food items. What I do is change the stamp to a later date and people can buy them, and I will not get into trouble with the government.”

He is not bothered about fiddling the dates: “People are dying because of violence and I’m not killing them, if they have any health problems, they have a doctor to take care of them.”

Dr Ibrahim Abdel-Razak, a physician at Yarmouk hospital, said that since last year the number of food-poisoning cases had increased due to consumption of food beyond its sell-by date.

“Some patients even bring with them the empty cans or packs of food and we can easily see the expiry date,” he added. He said children and the elderly were most affected.

In public markets it is common to find women and children selling medicines, most of them with expired sell-by dates.

“Many medicines are not found in pharmacies but can be got from us. They are beyond their sell-by date but they work and are cheaper,” said Samiha Khudaifa, 56, a medicine seller in Baghdad’s Alawi District.

“Some medicines we find in the rubbish bins of pharmacies, and some we buy from people who get them very cheap from pharmacists. We sell for less than half price, and every day we have dozens of clients,” Samiha said.