A device has gone off in a busy car park in the west of the Lebanese capital, Beirut. 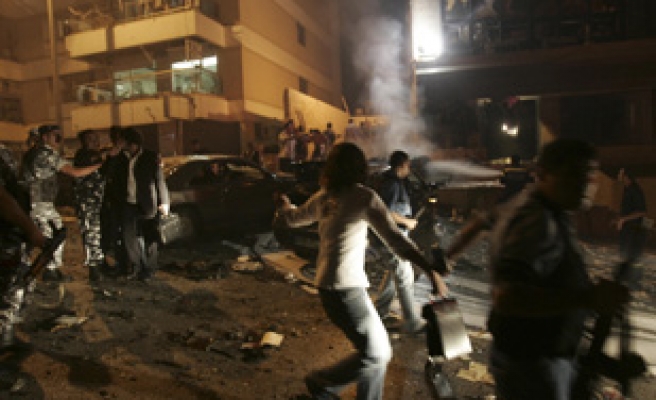 A device has gone off in a busy car park in the west of the Lebanese capital, Beirut.

The explosion on Monday night came 24 hours after a similar attack in the Christian east of the city.

A security expert at the scene said that the blast had wounded five people and that rescue services were still looking in cars for victims.

The area, Verdun, is a crowded commercial and mostly Sunni Muslim disctict.

The blast set cars alight and people asked to be rescued from neighbouring buildings.

On Sunday, a woman had been killed when an explosive device planted under a parked car detonated by a popular shopping mall.

At least 10 people were wounded by flying glass in that attack.

In the north of the country, the Lebanese army has been fighting a Palestinian splinter group near a refugee camp at Tripoli for the second day. More than 55 people are reported dead in the fighting. Last Mod: 22 Mayıs 2007, 00:24
Add Comment