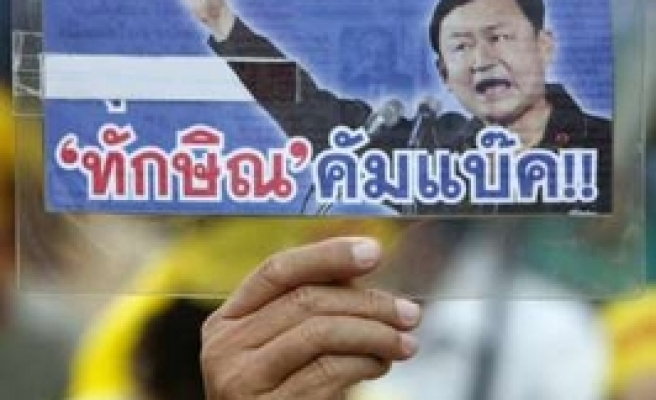 A lawyer of Thaksin Shinawatra denied that the ousted former Thailand prime minister has sought political asylum in England after the Constitution Tribunal ordered dissolution of the Thai Rak Thai party and banned him and 110 other executive members from politics.

Noppadon Pattama, Thaksin's legal aide and family lawyer, was quoted by Tuesday's Bangkok Post as saying that Thaksin did not mention such a move when he spoke to him on the phone on Monday night.

He insisted Thaksin will return to Thailand to fight corruption charges if the court tells him so. He also confirmed that Thaksin has quitted politics.

"He has announced he will quit politics," said Noppadon.

The exiled former premier has given several interviews to foreign media after the verdict was handed down last Wednesday.

However, Noppadon said Thaksin decided to temporarily stop giving interviews to both Thai and foreign media as he does not want to be accused of engaging in political movement after the verdict. Last Mod: 05 Haziran 2007, 10:55
Add Comment