A spokesman for the Fatah al-Islam group said it would observe a ceasefire from 1430 (1130 GMT) as long as the Lebanese army stopped shelling. 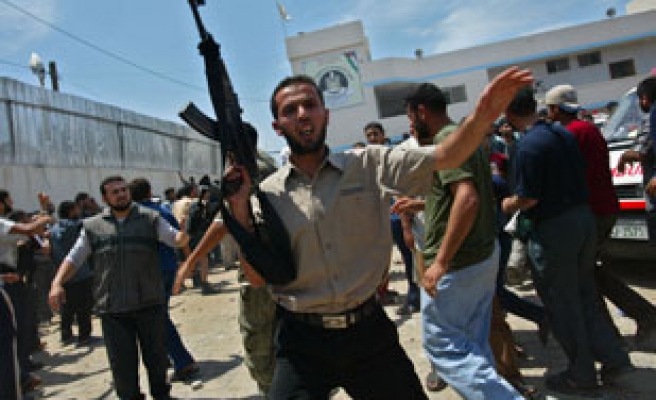 LA spokesman for the Fatah al-Islam group said it would observe a ceasefire from 1430 (1130 GMT) as long as the Lebanese army stopped shelling.

Humanitarian groups have called for a truce to let casualties out of the Nahr al-Bared camp and let aid supplies in.

Dozens of people have been killed at Nahr al-Bared at Tripoli since Sunday.

Speaking to reporters after another morning of intense clashes between his group and Lebanese troops, Fatah al-Islam spokesman Abu Salim said it was willing to abide by a truce.

"We are giving a chance for calm and a ceasefire from 1430," he told Reuters. "It is open-ended if the army commits to it as well."

The Lebanese military said it would not commit to a formal ceasefire, but reiterated that its forces would not be the first to open fire.

"We only return fire when we are fired upon. If there is no firing at us, we will not return fire," a military source said.

Doctors in the camp, which houses some 31,000 Palestinian refugees, have also been calling for a ceasefire because of the dead and wounded lying on the streets.