Tensions between the factions spiked after a bombing in the Gaza Strip killed five Hamas members and a girl on Friday. 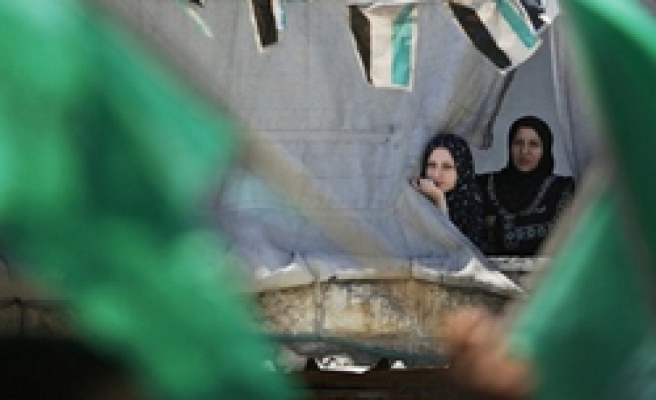 Tensions between the factions spiked after a bombing in the Gaza Strip killed five Hamas members and a girl on Friday. Hamas responded by launching its crackdown on Fatah in Gaza. Fatah hit back with arrests in the West Bank, where it still holds sway.

Abbas's security forces detained more than 50 Hamas activists overnight and early on Monday in the West Bank city of Nablus, including lecturers and students at al-Najah University and local city council members, the Hamas sources said.

On Sunday, Abbas's forces detained at least 20 Hamas activists in the city of Jenin and another 15 in Tulkarm.

Hamas has arrested nearly 200 Fatah officials and activists in the Gaza Strip since Friday's bombing, and on Monday it prevented the distribution of three major Palestinian newspapers in the territory. Hamas considers the newspapers close to Fatah.

Abbas has renewed calls for dialogue with Hamas, which won a majority in a 2006 parliamentary poll, and said an independent Palestinian committee should investigate Friday's blast.