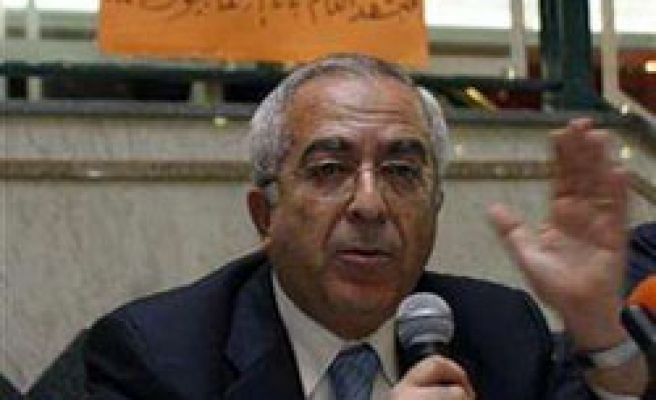 Palestinian Prime Minister Salam Fayyad said Friday that he sent a letter to an American peace monitor complaining that recent Israeli military raids in the West Bank undermine his administration.

Prime Minister Salam Fayyad called on Palestinians on Thursday to ignore an Israeli army attempt to shut down a major commercial centre in Nablus.

Abbas visits Paris on Sunday, as does Israeli Prime Minister Ehud Olmert, for a meeting of European and Mediterranean leaders: "The president will inform the international community and Olmert in Paris of his decision," Abed Rabbo said.