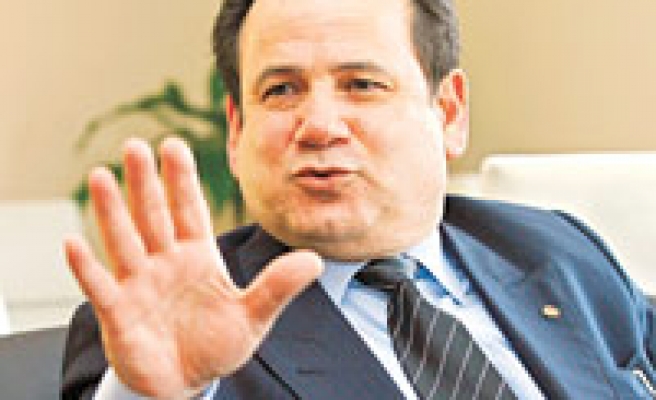 Bulent Orakoglu, a former chief of police intelligence who recently revealed that the unnamed leader of a small political party offered him a high position with the National Intelligence Organization (MİT) if he cooperated in ongoing plans to overthrow the government, said he believed a process similar to the Feb. 28 unarmed military intervention in 1997, dubbed a “post-modern coup,” was under way in Turkey.

In a telephone interview with Today’s Zaman, Orakoglu said his recent revelation on secret plans to overthrow the government was profoundly relevant to the question of whether the Feb. 28 process was yet complete. “During the Feb. 28 process, a democratically elected government was overthrown. They were forced to resign by way of coercion or for personal favors. Later, it became obvious that civilian groups had supported the efforts of the junta in seemingly civilian movements.”

He expressed the opinion that recent rallies in which hundreds of thousands marched in protest the government bore a striking similarity to activities that have the appearance of civilian movements but in fact have military backing.

Orakoglu also said the current debate between political parties in tackling the rising number of terrorist attacks pointed to the same direction. “There is most certainly an attempt to create an environment of instability and chaos in Turkey. We haven’t been able to elect a president, and we have the legislative elections in summer. This is a most critical period.”

The former intelligence chief also said democratic processes could be blocked further in this critical period. “More provocations, unresolved political murders or the twisting established legal doctrine, which in turn could damage the democratic process, could occur in this period. For example, the Constitutional Court decision setting the presence of at least 367 legislators in a presidential vote as a requirement was a clear attempt to block the Justice and Development Party [AK Party] from electing a president.”

Orakoğlu said the political mechanism, including the government, the main opposition and opposition parties outside Parliament had failed to unite in the face of terrorism. “They are conducting politics on the blood of our martyrs.”

An editor in chief who published diaries of an admiral detailing plans of a military coup d’état against the AK Party government in 2004 is currently on trial for the news story. No investigation into the generals alleged to be involved in military coup plans was launched. Does the former intelligence chief see any reason to worry about presenting evidence on coup plans?

He also underlined that he doesn’t have anything against any institution and was only speaking up to prevent any misleading action that could hurt the country’s democratic processes.

Orakoğlu said in a statement printed in the Turkish media on Thursday: “A while ago the leader of a small political party invited me to the Armada Shopping Center. He told me the names of those who were involved [in their movement] and that their target was to overthrow the government soon.” He added that the party leader had said the government would change and that he would become prime minister within one or two months. He warned Orakoğlu that neither he nor his children would be able to work for the government unless he agreed to cooperate with them. He was offered the position of undersecretary at MİT in exchange for his cooperation.

Referring to his book “Ankara’da Golge Oyunları” (Shadow Games in Ankara), Orakoğlu explained the intentions of the deep state and nationalist groups working within the country. “The resurgence of these kinds of activities is an attempt to create a pre-War of Independence atmosphere in Turkey. But this is definitely an attempt that does not serve Turkey’s interests,” he said. Orakoğlu, who believes the military is intervening in politics, said, “Some people have been preparing for a Feb. 28-like coup for the past two years.”