Few aware that smoking can cause bladder cancer

While most people know that smoking can cause lung cancer, a new study shows that few know that it is a major risk factor for bladder cancer -- even among people who have the disease. 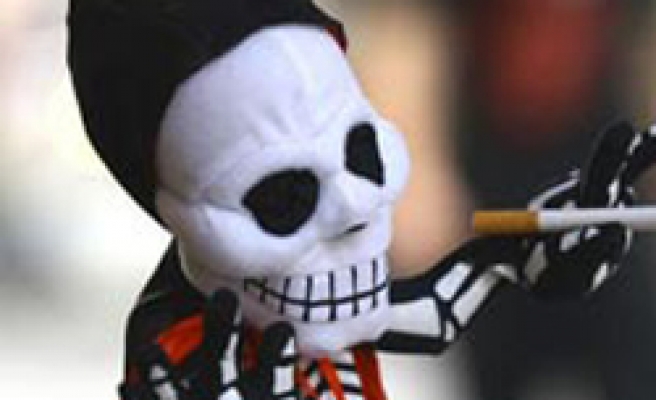 In a research review published in the Journal of Urology, investigators found that in one recent study, just over one third of adults knew that smoking raises the risk of bladder cancer. In contrast, 98 percent correctly identified the habit as a risk factor for lung cancer.

What's more, a study of patients with early-stage bladder cancer found that just 22 percent knew that smoking contributes to the disease.

All of this points to a serious shortcoming in patient education, according to Drs. Seth A. Strope and James E. Montie of the University of Michigan Health System in Ann Arbor.

"A big gap exists between patient knowledge and their actual risk," Strope said in a written statement.

Smoking is believed to be responsible for half of bladder cancer cases, the researchers note, so quitting could substantially reduce a smoker's risk of the disease. And for people who've been successfully treated for early bladder cancer, quitting can reduce the chances of a recurrence.

One study Strope and Montie reviewed found that when smokers with bladder cancer quit after their diagnosis, they reduced their risk of recurrence by about 30 percent compared with patients who continued to smoke.

Despite this, the researchers found that many smokers -- even those with bladder cancer -- say their doctor never advised them to quit. In a government study of U.S. adults, only half of smokers with a physician said they had received advice to quit. And a UK study of bladder cancer patients found that only 7 percent said their urologist had told them to quit smoking.

"Our study suggests that physicians must do a much better job of communicating the risk to our patients, and directing them toward smoking cessation programs," Strope said.