FIFA presedent said " Wewill retain fond memories of an accomplished leader and an extraordinary man whose great human qualities ensured that he left an indelible mark on the game of football." 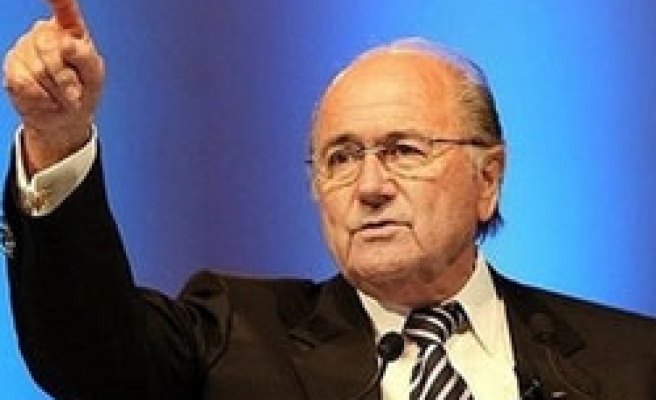 The website published excerpts of Blatter's letter written after the sudden death of Hasan Dogan, president of Turkey's Football Federation (TFF), on Saturday.

Dogan suffered a heart attack in the Aegean province of Mugla and later died in hospital. He was 52.

Blatter said Dogan's legacy to the game of football would live on.

He wrote: "We will remember his vast experience and know-how, his determination to develop the game as well as his unique personality. Being a thorough idealist Hasan Dogan managed to position not only Turkish club football but also the Turkish national team on an international level in only a few months at the helm of the TFF."

"We will retain fond memories of an accomplished leader and an extraordinary man whose great human qualities ensured that he left an indelible mark on the game of football, not only in helping to develop football in Turkey but also around the world."

His death came just over a week after Turkey's run to the semi-finals of UEFA Euro 2008.

Dogan was elected to the presidency of the TFF in February.

Flags at the home of FIFA in Zurich will be flown at half-mast as a mark of respect.