The man responsible for protecting Egypt's antiquities has said he will "fight" for the return of an ancient bust of Nefertiti, an ancient Egyptian queen, now housed in a Berlin museum. 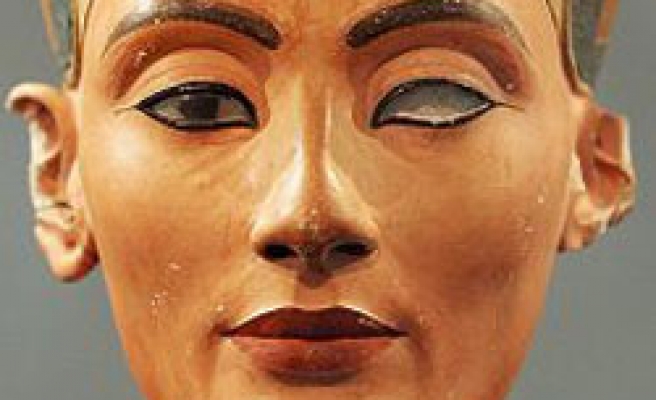 The man responsible for protecting Egypt's antiquities has said he will "fight" for the return of an ancient bust of Nefertiti, an ancient Egyptian queen, now housed in a Berlin museum.

Zahi Hawass also requested the temporary return of other ancient Egyptian artifacts, including the Rosetta Stone which is housed in London's British museum.

"Some people say, 'If we give this bust to Egypt for three months they will not return it'." Hawass said, regarding the bust of Nefertiti, in an interview on Wednesday.

"I say: we are not 'the pirates of the Caribbean'. We are in the 21st century, we have co-operation with all the countries and who respect our work."

Hawass told the Associated Press that his goal was to temporarily display some of the pieces in Egypt's planned Grand Museum, located next to the Great Pyramids of Giza and expected to open in 2012.

Too fragile to travel

He said Egypt was seeking "unique artifacts" from at least 10 museums around the world, including the Louvre in Paris and Boston's Museum of Fine Arts.

Hwass has also requested the British museum return the Rosetta Stone, a 1,680 pound slab of black basalt with an inscription that was the key to deciphering ancient Egyptian hieroglyphics.

But many museums are reluctant to hand over some of their most prized posessions. Germany says the bust of Nefertiti is too fragile to travel to Egypt.

"Secondly, for security reasons. Given the current international political situation, it would be completely irresponsible to allow such a piece of art to travel such a far distance."

But Hawaas warned that if Berlin rejects a loan in exchange for the 3,000 year-old bust of the wife of the pharaoh Akhenaten, he will prove it was stolen and try to bring it back to Egypt permanently.

"If Berlin will not agree to give us the loan, we will fight back to bring this bust for good," Hawass said.

Egypt is also seeking artifacts suitable for display at the 2010 debut of the Atum Museum in the Nile Delta city of Meniya.

Recourse to the courts in the various museum's countries would mean a costly legal battle whose outcome could not be guaranteed.

The British Museum confirmed on Thursday that it had received a letter from Hawass seeking a loan of the Rosetta stone and that the request would go to the museum's trustees for consideration.

"We have received the letter ... and will consider it at the appropriate moment," Hannah Boulton, a museum spokeswoman, said.

The Louvre also confirmed it had received a letter from Hawass, in this case requesting a zodiac-themed ceiling painting from the Dendera Temple.

"We will treat it, as well as any other loan request," Bénédicte Moreau, a spokeswoman for the museum, said on Thursday in a written statement.

Hawass has also sent letters requesting the bust of Anchhaf, the builder of the Chephren Pyramid, from Boston's Museum of Fine Arts, and the statue of Hemiunu, the nephew and vizier of the pharaoh Khufu - the builder of Egypt's largest pyramid - to Germany's Roemer-Pelizaeu museum.