A Filipina immigrant on Wednesday accused a former Philippines ambassador to the United Nations and his family of enslaving her as a house maid and subjecting her to abuse, leading her to contemplate suicide. 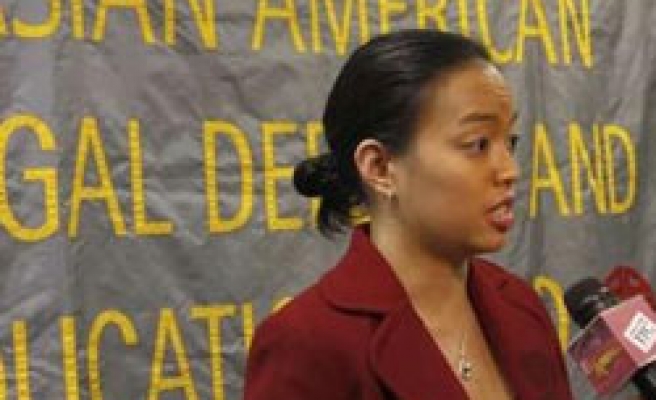 Marichu Suarez Baoanan said Lauro Baja, the Philippines' U.N. representative from 2003 to 2006, and his family did not let her leave their apartment, forcing her work up to 18 hours a day, from January to April 2006.

"I did not have hope of escape," she told reporters at a news conference held Wednesday. "I thought of committing suicide because I was so depressed."

A spokesperson for the Philippine Mission to the United Nations did not immediately return a call seeking comment. A lawyer for Baja could not be immediately reached.

Baoanan, 39, a nurse, came to New York from Manila to the United States to earn money for her family. According to a federal lawsuit filed in June, she said she paid $5,000 to Baja and a travel agency run by Baja's wife for a promised nursing job.

But she ended up working full-time as the Baja's personal maid, and was paid only $100 for three months of work, including cooking, doing laundry and cleaning the four-level ambassador's residence in Manhattan, she said.

Baja's wife, Norma Baja, and daughter Elizabeth Baja Facundo were also named in the lawsuit, filed for Baoanan by the Asian American Legal Defense and Education Fund in a U.S. court in Manhattan.

Besides the long hours with low pay, the complaint said Baoanan was forced to sleep in the basement with only a sheet, her employers refused to buy proper shoes and clothes, and she was called "stupid" and "slow."

During one incident, she said the former ambassador "just stared" and did nothing as Facundo's 5-year-old son hit her with a broom, spat and kicked her in the face.

"My eyes became blurry ... from crying every night," she said, breaking down as she spoke. "They did not treat me like a person."

After three months she eventually escaped with the help of a fellow Filipina, lawyers for Baoanan said.

The civil suit, which seeks unpaid wages and an apology from Baja and his family, was filed after a criminal investigation by U.S. authorities was closed, her lawyers said.

The lawsuit seeks damages on charges of forced labor, trafficking and slavery, among others.

Baja has denied the trafficking allegations and is currently working in the Philippines as a consultant to the President of the Senate. His daughter still resides in the United States, lawyers said, and the family still owned a U.S. residence.