Fighting between the Filipino military and Islamists in southern Philippines has spread to the jungles of Jojo island. 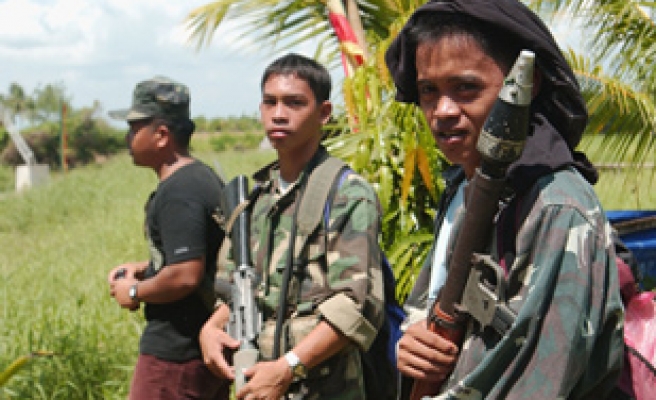 Fighting between the Filipino military and Islamists in southern Philippines has spread to the jungles of Jojo island, threatening local support for a government campaign to combat the Islamists.

Army commandos, 950km south of Manila, pursued members of the Moro National Liberation Front (MNLF) into the jungles after three days of fighting.

Lieutenant-Colonel Bartolome Bacarro said: "Our troops were now pursuing a separate group of MNLF rebels in another part of the island."

Seventeen Islamist fighters, three soldiers and one civilian have been killed since the MNLF fired mortars at government forces on Friday night.

The MNLF attack triggered retaliation by the military, which bombed the MNLF base.

Almost 8,500 families have fled the fighting and thousands have crammed into schools and gymnasiums in central Jolo, relying on food rations from disaster agencies.

Before MNLF movements and mass evacuations took place in Jolo, the island was becoming a more stable place after a long-running military campaign in which US advisers had backed the government to rid the island of Islamist fighters.

Parouk Hussin, MNLF foreign relations chairman, said: "I hope the two sides will come to their senses and stop this madness.

"This would definitely jeopardise all our efforts to restore peace on Jolo and put to waste the gains of the peace process."

The military's use of heavy bombs against the MNLF, which is seen as having more legitimacy than the Abu Sayyaf group, another separatist Islamist group based in the southern islands of the Philippines, may undermine local support.

Tom Green, executive director of Pacific Strategies & Assessments, said: "It's going to complicate things because the MNLF probably have more local contacts, more traction with the locals than Abu Sayyaf, who tend to be more thuggish.

"Going against the MNLF means that a broader spectrum of people is affected because of blood ties, fathers, sons, uncles, brothers. That is going to complicate things."

The Philippines has been trying to quell Muslim separatism for decades and signed a peace deal with the MNLF in 1996, which was seen as the solution to a conflict that has killed over 120,000 people in the southern islands.

However, the deal failed. The Organisation of the Islamic Conference (OIC), which brokered the deal, is trying to salvage the agreement.

The OIC has called a meeting with government officials and the MNLF in Saudi Arabia, scheduled for July.

Both sides have ignored OIC calls to end the clashes.