Gypsy communities regularly collect plastic coated cabling and tyres from rubbish tips, and then burn them to collect the remaining wire and metals which are then sold for scrap. 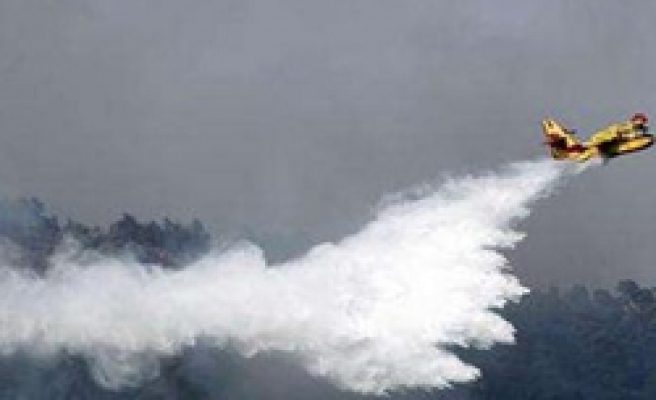 Hundreds of firefighters battled fires that raged along the outskirts of Athens on Wednesday, some started by gypsies burning for scrap, with the fronts threatening to cut off a major highway out of the city.

Some 30 fire engines, and two helicopters were battling to control the flames near the industrial town of Aspropyrgos, 20 kilometres (12 miles) west of Athens, Greek fire officials said.

The fires were approaching the major road artery of Attiki Odos, which connects Athens to the country's national highway network, and officials were starting to divert traffic to parallel roads.

At least four warehouses were damaged with dozens more threatened in what is one of Greece's main industrial zones. Hundreds of factories, warehouses and businesses are based in Aspropyrgos.

The blazes were part of at least 102 fronts burning across the country, with firefighters battling blazes in central, northern Greece and the island of Andros, officials said. "The situation is still difficult but houses are not threatened. It was quite bad this morning," Aspropyrgos deputy mayor George Tsokas told Reuters. "It seems as if some of the fires started from a gypsy settlement early this morning."

Gypsy communities regularly collect plastic coated cabling and tyres from rubbish tips, and then burn them to collect the remaining wire and metals which are then sold for scrap.

"Fires are set on a daily basis, but when police and authorities go to these camps to put them out they are shot at," Angelos Fiskilis, a worker at Aspropyrgos, told Greek Skai TV.

Fire officials said it was too early to tell whether the blazes would be put under control soon, as strong winds are expected to pick up across the country later in the day, creating new fronts and reigniting quashed fires.