First Iranian made satellite to be launch soon

Ahmednejad said that pointed out that the Islamic Iran is today also among the top five world countries with advanced bio-technology expertise, the top in nano-technology field. 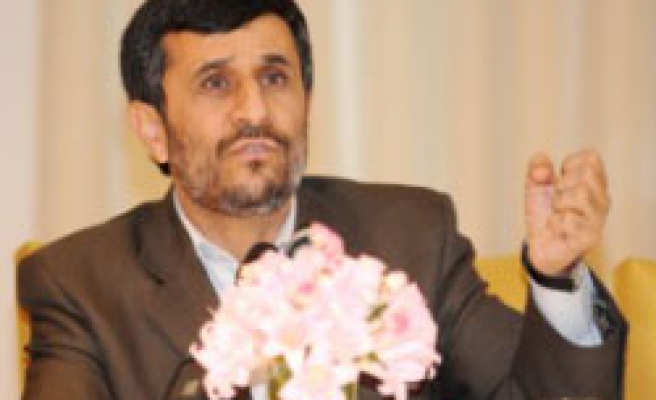 Iran's President Mahmoud Ahmadinejad added in his press interview in Istanbul Friday that Iran would in near future launch its first domestic satellite to the space.

According to IRNA, President Ahmadinejad said that "We are now a nuclear country, and will by grace of God very soon launch our first Iranian made satellite."

The Iranian president reiterated, "This satellite, the rocket that would launch it, and the land station from which it would be launched are entirely made in Iran, by the talented Iranian scientists and technicians."

He pointed out that the Islamic Iran is today also among the top five world countries with advanced bio-technology expertise, the top in nano-technology field.

Ahmadinejad said at the end, "I wish to summarize my feelings regearing Iran-Turkey relations in a couple of sentences: We believe Iran and Turkey can complete the shortcomings of one another and their cooperation would lead to the emergence of a big power at the service of security of the region and the world peace.

"Fortunately, both nations comprehend such needs deeply, and know the bright path they need to pave is in need of strong will power. We love the Turkish nation from the bottom of our hearts, and this love has roots in the history of our beliefs. We will remain by the side of one another for good.