Immigrant groups on Friday opened the first formal Islamic prayer site to operate in Athens since rule by the Turks of the Ottoman Empire ended more than 170 years ago. 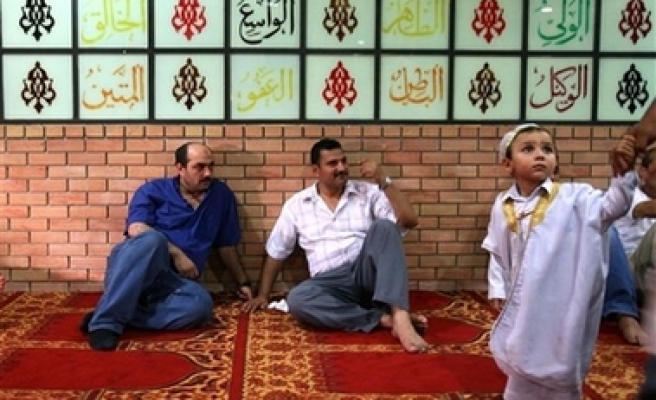 Immigrant groups on Friday opened the first formal Islamic prayer site to operate in Athens since rule by the Turks of the Ottoman Empire ended more than 170 years ago.

Plans by Greece's government to build a mosque for tens of thousands of Muslim immigrants living in the capital have stalled, so businessmen in Arab countries financed the downtown cultural center.

"This is the first time in all the 35 years I've lived in Greece that we have a proper place to pray," said Naim El-Gandour, the Egyptian-born head of the Muslim Association of Greece. "It's hard for me to describe what's happening. I am overcome with emotion."

Most Muslims in Athens use makeshift mosques for prayer, including basements, apartments and converted coffee shops. For weddings, funerals and other important rites, they often travel more than 435 miles to Thrace, a region with a Turkish-speaking Muslim minority of 120,000 people.

More than 1,000 mostly Arab immigrants gathered for the official opening of the cultural center and prayer site.

El-Gandour said he did not know how much was spent on the center, a 19,500-square-foot space converted from a former textile factory. It has large prayer rooms, flat-screen televisions and uniformed volunteer stewards.

Some 97 percent of Greece's native-born population of 11 million is baptized Orthodox Christian.

But last year, the government promised to spend $20 million for an Athens mosque by 2009. The Education and Religious Affairs Ministry will name a committee to choose the head imam, but says individual communities will be allowed to bring their own imams to the mosque.

International human rights reports had criticized Greece for failing to provide an official prayer site for Muslims in Athens.