The Korea Muslim Federation (KMF) said Friday that it would open the first Islamic primary school next March with the objective of helping Muslims in Korea learn about their religion through an official school curriculum. 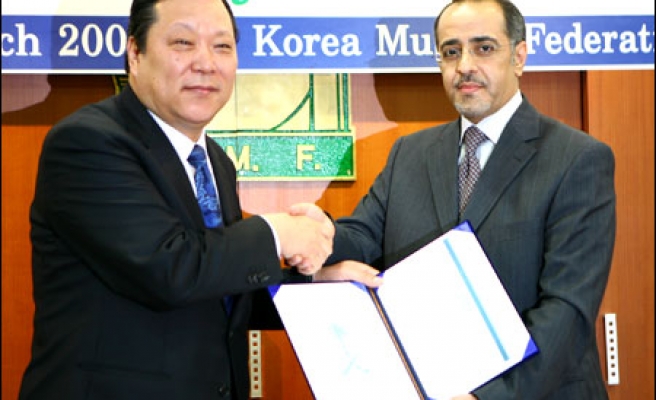 The Korea Muslim Federation (KMF) said Friday that it would open the first Islamic primary school named ``Prince Sultan Bin Abdul Aziz Elementary School'' next March with the objective of helping Muslims in Korea learn about their religion through an official school curriculum.

Plans are underway to open a cultural center, secondary schools and even university.

"We are preparing to open the school from March 2009,'' KMF Secretary General Kim Hwan-yoon said. "We will soon file an application to establish the school".

The school will operate with the same curriculum as other Korean primary schools but every class will be taught in English.

"We plan to hire enough native English teachers to run classes in the foreign language,'' he said.

"Children who graduate from the school will have no difficulty speaking not only in English but Arabic. Students will not be obliged to worship, which will take place twice every day,'' the KMF head said.

The KMF develops school curriculum and student exchange programs in collaboration with Islamic organizations in Saudi Arabia, Malaysia and Thailand.

Accepting students regardless of their religion and nationality, tuition will not be so high in comparison with other private schools here thanks to enthusiastic financial support from the Saudi Arabian government, especially prince Sultan Bin Abdul Aziz and the Korea Islamic Foundation.

Abdullah Al-Aifan, Ambassador of Saudi Arabia to Seoul, delivered $ 500,000 to KMF Friday on behalf of the Saudi Arabian government.

KMF plans to establish secondary schools and even a university here in the long run.

The federation will open an Islamic culture center in Seoul by next year.

The Korean Muslim population is officially recorded at 150,000 but Korean society has failed to offer adequate social infrastructure, particularly in education.