Dr Ali al-Jabiri said that "Two of the children died because of problems breathing." 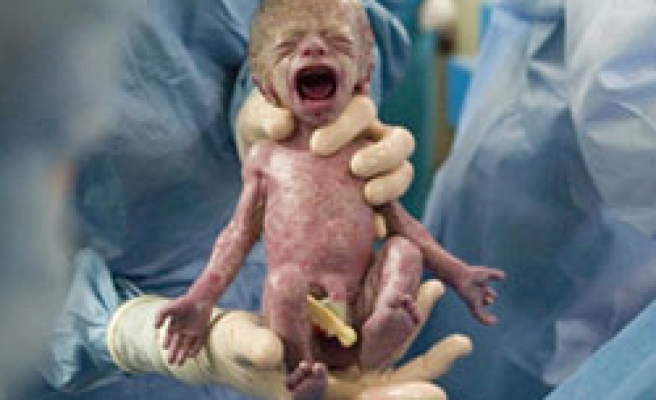 A woman has given birth to rare sextuplets in southern Iraq, but two of them died because the hospital lacked the proper equipment to keep them alive, her doctor said on Saturday.

Some Iraqi media described it as the first birth of sextuplets -- six children born at once -- in the country, although this could not be verified.

Sextuplet births are extremely rare although fertility treatments have increased the frequency of multiple births.

"Two of the children died because of problems breathing," said Dr Ali al-Jabiri, in charge of premature infants at Al-Habboubi Hospital in the southern Iraqi city of Nassiriya.

"If we had suitable medical equipment then we could have saved them," he added.

The babies all weighed between 700 and 1,200 grams (24-44 ounces). Two boys and two girls survived. Their mother had used fertility drugs.

"The problem is, how can I take care of them? How to feed them?" said their mother, Ibtisam Najim Abid, at the hospital.