Five Russian interior troops were injured when gunmen opened fire on their cars. 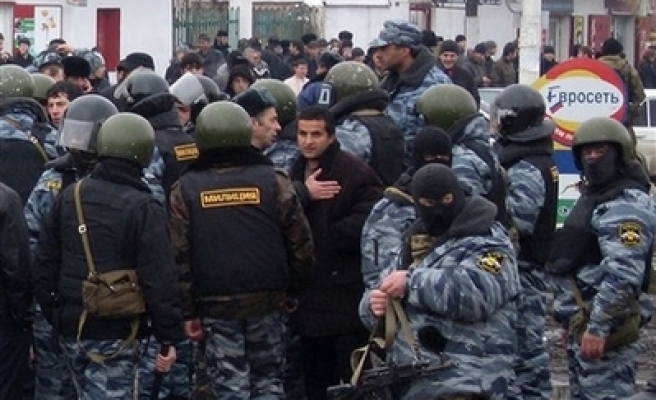 Five Russian interior troops were injured when gunmen opened fire on their cars in the south Russian republic of Ingushetia, a local police source said on Saturday.

The gunmen shot at two cars carrying the troops to Nazran, the republic's largest city, at 22:50 Moscow time [18:50 GMT] on Friday. A commander and four contract soldiers were wounded, and have been hospitalized.

The troops returned fire, but no gunmen are believed to have been killed.

A criminal case has been launched.