Turkish flag was taken under feet in the ceremony held for Armenian claims in Erivan, Armenia. 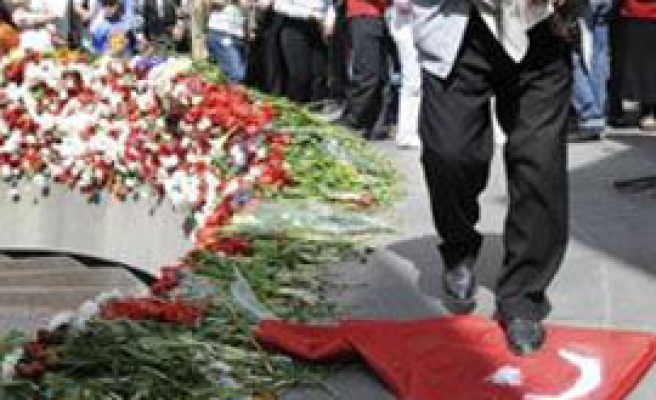 The people attending to the memorial ceremony of Armenian claims in Erivan took Turkish flags under feet, Sabah said.

The ceremony held for the memorial ceremony of Armenian claims on April, 24th had some scenes which would make it hard to solve the issue via dialogue.

Reuters pictured the ceremony and the people stepping onto Turkish flags. A

rmenian president who took over the duty this month, Serj Sarkisyan, stated that he will seek for a historical justice for 1.5 million Armenians claimed to be killed.

Sarkisyan said: "Armenian Republic will double the struggles to ensure the historical justice. We will not stop our efforts until the world recognizes the genocide."
Last Mod: 25 Nisan 2008, 22:54
Add Comment