Residents across England were mopping up Tuesday after flash floods killed three people and forced hundreds from their homes. 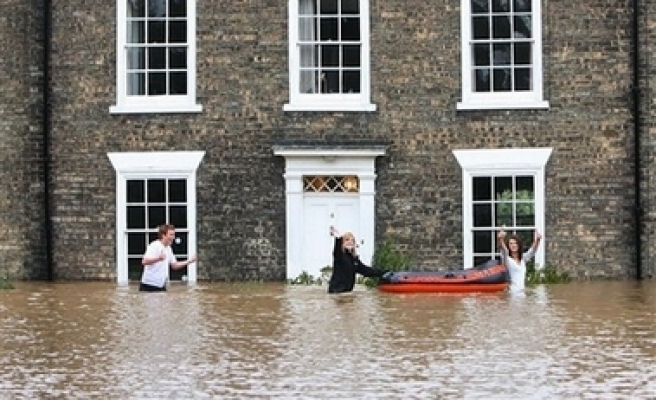 Residents across England were mopping up Tuesday after flash floods killed three people and forced hundreds from their homes.

Rainstorms that had battered the country eased, but authorities warned of more damage amid fears a leaking reservoir could burst.

Officials in Rotherham, 170 miles north of London, urged residents living near Ulley Dam to leave their houses after warning the walls of the dam at the 35-acre reservoir could break.

"We have taken professional advice from an engineer, who said there is a significant risk that the dam could fail," said Rotherham Council spokeswoman Tracy Holmes.

Hundreds of people spent the night in temporary shelters in nearby Sheffield, where a 14-year-old boy and a 68-year-old man died after being swept away by floodwaters. Large tracts of the city were left without power, and officials said damage would run into millions of dollars.

"We have seen the most intense rain since records began," said Bob Kerslake, chief executive of Sheffield City Council. "This has been quite unparalleled and extraordinary. People who have lived all their lives in Sheffield would say this is the most severe flooding they've ever seen."

In Hull, northeast England, a 28-year-old man died after he became trapped in a storm drain.

Rainstorms on Monday dumped as much as three inches of rain on a country already soggy from an exceptionally wet June, Britain's weather office said. At one point on Monday afternoon, the country's Environment Agency had issued 38 flood warnings.