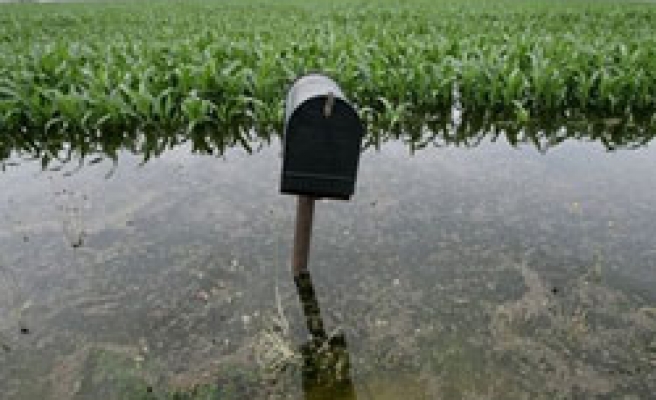 They said weather extremes can create conditions in which several fairly harmless diseases converge at once, creating a "one-two punch" that can devastate populations of wildlife or livestock.

"When you have these extreme swings it will tend to synchronize these kinds of co-infections, which are likely to be more common with climate change," said Craig Packer of the University of Minnesota, whose study appears in the Public Library of Science journal PLoS ONE.

Many researchers have predicted that climate changes brought on by heat-trapping carbon dioxide emissions could alter traditional relationships between pathogens and their hosts, making normally benign diseases more deadly.

Packer said his team has found a real-world example.

The researchers studied two unusually lethal outbreaks of canine distemper virus or CDV that occurred in 1994 and 2001 in a population of lions in Tanzania's Serengeti National Park and Ngorongoro Crater.

Most canine distemper outbreaks in the past have caused little or no harm to lions in the region, Packer said.

"It turns out that the lethal outbreaks had immediately followed severe droughts within the country, which had a very interesting effect on the ecosystem," Packer said in a telephone interview.

He said the droughts weakened local populations of Cape Buffalo, which were then infested with ticks. "Those buffalo had been weakened to the extent that they could no longer fight off infections from the ticks," Packer said.

So, when the lions feasted on this rich source of meat, they became infected with tick-borne blood parasites.

The lions, meanwhile, had been fighting off an outbreak of the canine distemper virus, which had suppressed their immune systems. "That one-two punch is what killed them," Packer said.

"A distemper infection is like having a short, sharp bout of AIDS," Packer explained.

"It's an immunosuppressive virus. If you are being challenged, it now allows those other diseases to completely take over. That's what happened."

"That could be a concern not just for wild animals like lions, but also for livestock, people, you name it," he said.

The study is available on the Internet at http://www.plosone.org/doi/pone.0002545.