More than 1.97 million people in the area have been affected after the floods triggered by continuous heavy rains hit some 40 counties since Wednesday, said Xinhua News Agency. 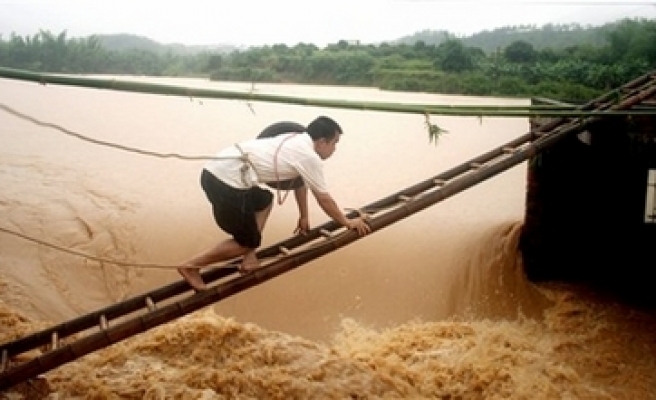 More than 1.97 million people in the area have been affected after the floods triggered by continuous heavy rains hit some 40 counties since Wednesday, said Xinhua News Agency.

According to the local civil affairs bureau, as of Sunday, 9,200 houses were knocked down and 75,181 hectares of crops were affected, incurring CNY 529 million (USD 70 million) in direct economic losses. The rainstorms have subsided and the rainbelt is moving out of Guangxi, but the water levels in major rivers will keep rising in next few days, the region's meteorological bureau said.

In southern China all together, at least 66 people were killed and 12 missing after continuous rains, mudslides and floods hit Hunan, Guangdong, Guangxi, Guizhou, Jiangxi and Fujian provinces over the past five days, according to the Ministry of Civil Affairs. The floods and mudslides tore down 48,000 houses, damaged 94,000 houses and forced about 591,000 people to evacuate from their homes. A total of 8.97 million people were affected, said the report. The disasters caused an overall economic loss of more than CNY 2.9 billion (USD 371 million).
Jiao Meiyan, director of the National Meteorological Center, attributed the continuous heavy rainfall in part to "global climate change". She also said the country's capability in flood control was improving with "more financial input and more accurate forecasts." Last Mod: 11 Haziran 2007, 12:02
Add Comment