Turkish Foreign Minister Ali Babacan said Wednesday the Turkish government hopes the issue of PKK to be out of the agenda in relations with Iraq. 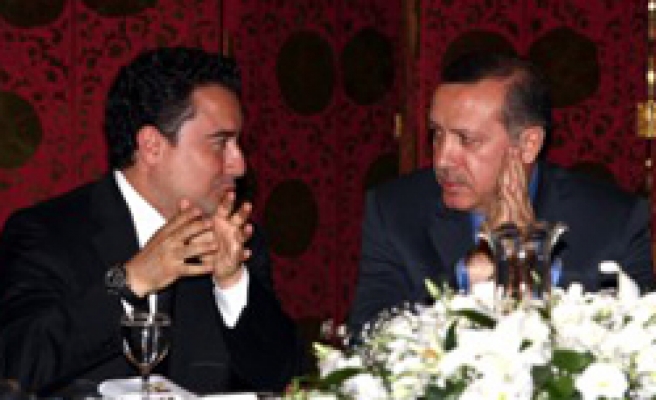 Speaking at a program on state run TRT tv channel, Babacan said that it is the wish of the Turkish government to normalize relations with Armenia.

"Armenia is the only neighbor of Turkey with which Turkey has problems with. Turkey has taken many unilateral steps in regard to Armenia in the recent past. There are direct flights between several Turkish provinces and Armenian capital of Yerevan. There is indirect trade with Armenia. We, as Ankara, have sent messages to Armenia for dialog. Armenian allegations in regard to the incidents of 1915 cause problems in relations and actually poison Turkish-Armenian relations," Babacan said.

Touching on Turkish-Iraqi relations, Babacan said that "Turkey wishes for the issue of terrorist organization PKK to drop out of the agenda in relations with Iraq. This can be possible with the political will of the central government in Baghdad and the regional administration in north of Iraq."

In reference to Iran, Babacan stressed that "Turkey is against the use of nuclear weapons in the region. However, we have respect for any sovereign country to utilize nuclear technology. The international community must be in dialog with Iran to overcome its suspicions on Iran's nuclear program."

On Cyprus, Babacan said that a new atmosphere of optimism has come into existence following elections in the Greek Cypriot administration.

"The two leaders in Cyprus will hold talks on July 25th and evaluate the works of the technical committees. We are the side that favors a solution. The solution should be found within the framework of the United Nations," Babacan also said.