Police in Diyarbakir have foiled what appears to have been an attempted plot by a nationalist group to stir up tension in the southeastern province. 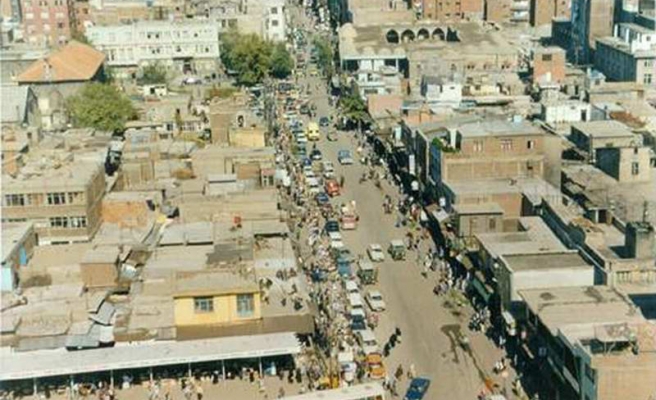 Police in Diyarbakır have foiled what appears to have been an attempted plot by a nationalist group to stir up tension in the southeastern province.

The Association for the Union of Patriotic Forces (VKGB) -- a shadowy far-right group that came into the spotlight after a lawyer who killed a judge in an attack on the Council of State last year was found out to be a card-carrying member of the organization -- was involved in the Diyarbakır incident, which it claimed was an assault on families of soldiers fallen in the fight against the outlawed Kurdistan Workers' Party (PKK).

The VKGB, which last year organized an unsuccessful "flag march" in Diyarbakır that failed to attract many participants, this time told police that a vehicle belonging to the Association of Families of Martyrs had been hit by an armed attack on May 27 and called the police to the scene of the alleged crime. Soner Akmeşe, who introduced himself to the press and police as deputy chairman of the VKGB, was soon revealed by police investigating the affair to have been trying to mislead the security forces and the public.

Police, who began to investigate the events that Akmeşe claimed had taken place, discovered that although VKGB member Mehmet Çoban and former village guard Yüksel Bayrak had in fact been in the vehicle prior to the attack, they had left the vehicle before the attack took place. Reacting to the events, the Diyarbakır head of the Defense of Nation and Human Rights Association (YURTSAV), Ahmet Büyukburç, said the VKGB had no right to act in the name of the families of fallen soldiers.

Tensions were high in southeastern Anatolia after a Nov. 9, 2005 incident in Şemdinli, located on the mountainous border with Iraq and Iran in the southeastern province of Hakkari. A bomb explosion at a local bookstore in the town, owned by a former PKK member, was initially thought to have been carried out by the PKK, but allegations soon surfaced that paramilitary forces may have been involved. The Şemdinli attack set off days of rioting that left four people dead.

During the investigation into the VKGB allegations, the Diyarbakır police came across some serious contradictions between the statements by the VKGB members and the way the events supposedly unfolded. Akmeşe, who presented himself as the VKGB's deputy chairman, was not in fact, according to the police, the deputy chairman of the VKGB nor was he actually in the vehicle when the attack took place.

While Akmeşe claimed that he and his fellow foundation members had been fired on three times, the police investigation noted that in fact it appeared the car had been empty when fired on and that there were 11 empty shells found on the ground next to the car, with some clearly having come from blank cartridges.

Police did not find Çoban and Bayrak's claims that they had been in the vehicle when it had been fired on to be believable. The two men report edly stated that "in order to protect ourselves from the bullets, we threw ourselves to the ground and passed out." The police, who found no traces of any sort of clash or chaos at the site of the incident, are now trying to determine whether the real bullets and the blank cartridges came from the same weapon.

Within this framework, police also received word that the blank cartridges had come from a gun belonging to Bayrak. Ballistic examinations of the empty shells found on the ground are currently under way.

On the subject of the alleged gun attack itself, an expert police authority makes the following analysis: “The fact that the supposed attacker is said to have arrived by car and fled on foot from the site of the attack is extremely odd. It would appear from the outset impossible that the attacker could have even followed this group. In armed attacks, the target is always to kill. In a situation like this, the attacker would have had to ignore the foundation directors, who were two meters away. There is no question that the attacker would have simply raked the car with bullets, thus threatening the foundation members, and then left. Also, the empty shells on the ground, blank cartridges and 7.62 width bullet shells appear to have been used by the same person. This is because empty cartridges fall to the right. If there had been a clash, at least one of the shells should have fallen to the left.”

Meanwhile, the VKGB is going ahead with plans with its plans to hold a new flag march in Diyarbakır on June 5. Last year, the march attracted only 150 people, most of whom were reportedly children. Now police are focusing on whether the claims over an attack on the group’s vehicle have emerged specifically in advance of the march with the hopes of increasing participation. If successful, this would put this year’s march in stark contrast to last year’s, which though organizers claimed would attract upwards of 300,000 people, wound up attracting only a smattering of faces.

Diyarbakır’s YURTSAV chairman Büyukburç asserts in light of this that it is in fact the VKGB that is pursuing “dark works” and that the foundation has no right to speak for the families of fallen martyrs. Said Büyükburç: “This might be the actions of a handful of people who don’t even really know what they’re doing. They are trying to achieve their goals by using the names of the martyrs or the martyr’s families. We are opposed to this.”