India on Wednesday ended its first-ever summit with African nations, aimed at deepening ties with the resource-rich continent and trying to ensure it is not eclipsed by Asian rival China. 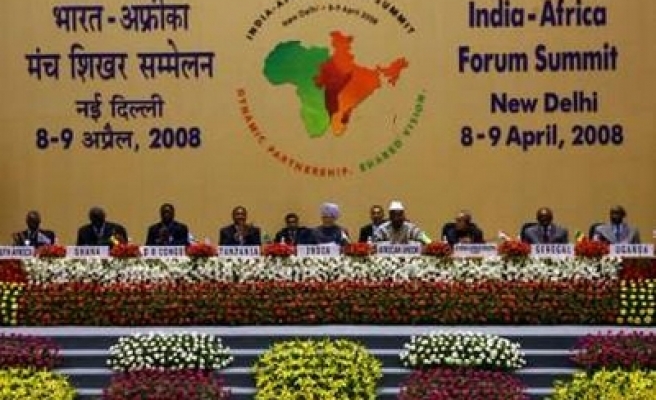 The two-day meeting, attended by leaders of 14 African countries and regional economic groupings, identified food security, high oil prices and climate change as top concerns in a joint declaration as India and Africa pledged to work as partners to solve economic and development challenges.

"The partnership will be based on the fundamental principles of equality, mutual respect and understanding... for our mutual benefit," said the declaration issued at the summit's close in the Indian capital.

"We agreed there was need for intervention... that we should bring these two matters to the attention" of the United Nations, the World Bank and the International Monetary Fund in particular, he said.

On climate change, Kikwete said that since nations contributed differently to global warming, it was necessary to "uphold the principal of common but differential responsibility."

"Today, Africa does not need a guiding hand... we are equal partners in this race like everyone else," he said, while adding that Africa could benefit from the advances made by India in health, information technology and agriculture.

"We must be able to 'walk the talk' for the sake of the peoples of our countries," he said.

Singh said "India's engagement with Africa is not a new phenomenon."

But the meeting, "held in an atmosphere of great warmth and sense of partnership," had "laid the firm foundations on which to build the new framework of cooperation," he said.

On food security, Singh said the economies of India and Africa "must acquire the momentum to meet food needs... through domestic production."

The summit gathered the leaders of the Democratic Republic of Congo, Nigeria, South Africa, Ethiopia and Tanzania, among others.

An unflinching supporter of Africa's independence struggle against colonialism, India once enjoyed close ties and wielded considerable influence with many African countries.

But analysts say New Delhi's focus on the United States and Europe since launching market reforms in 1991 has eroded its support base in Africa, while countries such as China and Japan have made great inroads.

With India's economy growing at nearly nine percent a year, New Delhi is looking at Africa's vast mineral and hydrocarbon resources to help fuel its growth.

The Africa-India Framework for Cooperation approved at the summit pledged to boost trade and investment, share expertise in agriculture, science, technology, water management and education.

The African nations also agreed to back India's candidacy for an expanded UN Security Council, while India said it would support an African presence on the council. Both sides said it was necessary to democratise leading international organisations like the UN.