Teams are trying to control the fire which is 200 meters away from hotels in Marmaris town of western province of Mugla. 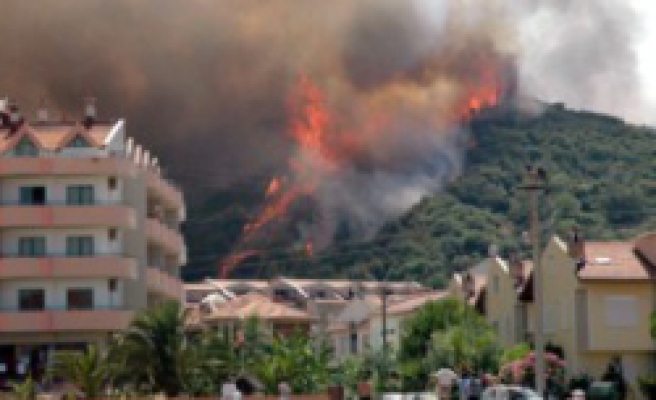 A forest fire, which broke out in Armutalan hamlet of Marmaris tourist resort, is A forest fire raged on a hill near the Turkish Mediterranean resort Marmaris on Friday, prompting the evacuation of nearby hotels and houses at the height of the tourist season, broadcasters said.

Fire brigade teams were fighting the blaze from the ground and with helicopters, and hotels and houses in the vicinity were evacuated.

The cause of the blaze, which broke out around 3 p.m. (1200 GMT) was not immediately clear.

"Three helicopters and 25 vehicles are fighting the blaze," Forestry Directorate head Osman Kahveci told CNN Turk television. He said firefighters aimed to limit the fire to an area of 3-5 hectares.